When we talk about Akshay Kumar, we already know that he is among the highest paying actors, not in Bollywood but also, all over the world. Being the highest paid actors from Bollywood, you know you can spend some of your money on your house. Akshay Kumar House or we can call it a Mansion, is a duplex in the Mumbai suburb of Juhu, Andheri West. We all know that his wife Twinkle Khanna is a pure Diva and had an amazing taste when it comes to interior designing of her own house.  Recently, the couple(Twinkle Khanna and Akshay Kumar) invited Casa Vogue over to their abode for an elaborate photo shoot. You will be amazed to see the inside of their house. Go on and have a look. 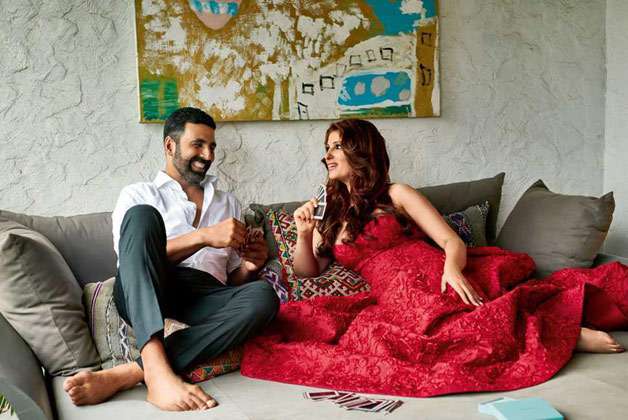 The Couple(King & the Queen) rests on the day bed on the first-floor balcony of their mansion. Most noteworthy, the painting hanging on the wall is work of an emerging artist none other their son, Aarav. Look at this beautiful Kansa Dinner set from Good Earth. Also, Isn’t it look nice and dream of a common man to feast with his guests on a dinning table like this? 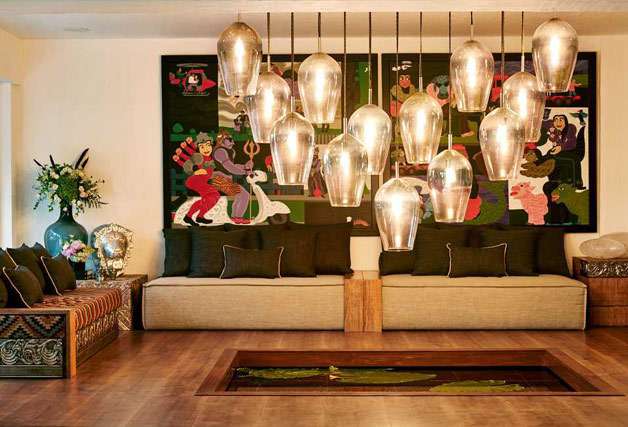 While the best is yet to come, an indoor pond in your living room. Pendant light installation by the Klove Studios adds more charm to the area. Don’t miss the painting of Indian Goddess Durga and Shiva, riding on a Bike. While next in the list, is the painting of Indian James Bond by Rajeswara Rao. The painting hangs on a wall near the pond. Isn’t Akshay Kumar house amazing? 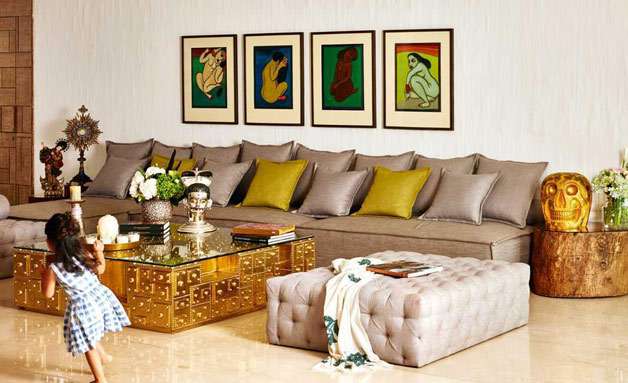 The little princess Nitara, daughter of the couple, playing around the centre table designed by Abu Jani-Sandeep Khosla in the living area. Statue of Mother Mary and Baby Jesus bought by Akshay in Spain.

Also, check out: Story Of Akshay Kumar- From A Waiter To A Superstar. Uniquely designed book shelf by the Diva herself. Although the bookshelf utilizes the dead space under the stair case, yet it looks a work of art. 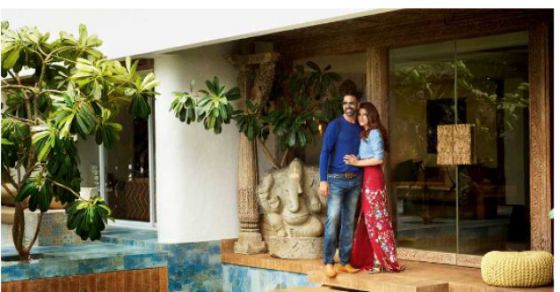 Now, we come to the best part, the front garden of their Juhu home which has as unrestricted view of the Arabian Sea. Although calling it a home or house won’t be sufficient. You can call it a Mansion or Bungalow.

Also, let us know if you liked this Twinkle Khanna and Akshay Kumar House.