Indian is often considered as the most religious country in the world. The concept of Karma, Dharma and Forgiveness was originated in this country only. Most importantly India is a secular country with multiple religions, regions, and rituals. You won’t find any other country in the world that has more religious diversity than India. Just like the religions in India, there are several spiritual and religious places in India that are visited by millions of pilgrims from all around the world.

Today, we have listed down top 10 religious places in India that holds special place in the hearts of many pilgrims. There is no wrong if we call India as the Land of Faith because people have so much faith in these places that it’s a must for them to visit for them. It’s no wonder that there are large number of Temples, Mosques, Churches, Gurudwaras and Monasteries in India. So, let’s check out the details of these top 10 religious places in India. 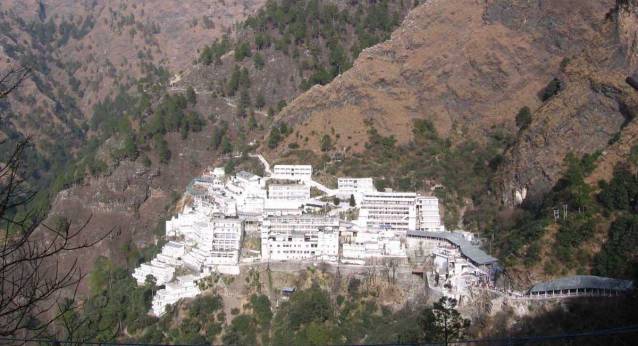 Vaishno Devi or Mata Rani Temple is located in Katra at Trikuta Mountains in J&K. Mata Vaishno Devi Temple is amongst the most popular pilgrimage in India. The temple is located at an altitude of 5300 feet with magnificent view of the mountains. The Bhawan is 13.5km from Katra and most people prefer to travel to the holy shrine on foot. Although other transport options include Helicopter service, Ponies, Electric vehicles and Paalkhis. Sri Harmandir Sahib, commonly called as Golden Temple, is the holiest Gurdwara of Sikhism, located in the city of Amritsar, Punjab. Harmandir Sahib is house of the world’s largest soup kitchen, feeding people for free for over so many years, the free service which is called as Langar. As per a survey, the kitchen at the holy place can feed up to 300,000 people everyday.

Don’t miss: Must Read Facts About Sikhism- 5th Largest Religion In The World. 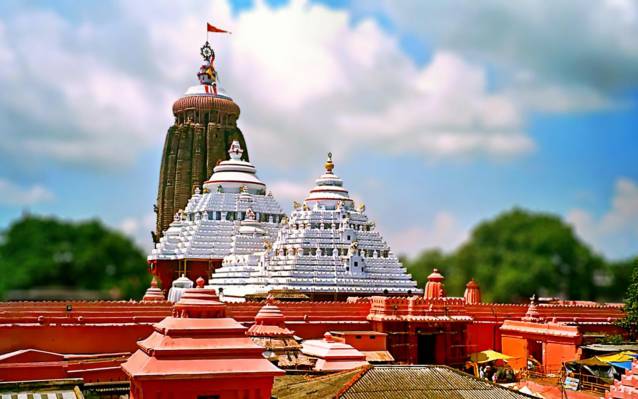 Jagannath Temple is a sacred Hindu temple located at Puri, India. If you are going to visit this holy place, then you must visit the place during Rath Yatra, or Chariot festival for which the temple is World famous for. Shree Jagannath is a Hindu temple and one of the fourth pilgrimage destination for Hindu, Char Dham. Shri Sai Baba Sansthan is built over the Samadhi of Shri Sai Baba at Shirdi, Maharashtra. Sai Baba is a very popular saint worshipped by mostly all religions in India. Shirdi is one of the most visited religious places in India because Sai Baba preached about One God (Sab Ka Maalik Ek) and thus many people all over the World follows him. Sri Venkateswara Swamy Temple is a landmark Vaishnavite temple situated in the hill town of Tirumala, Andhra Pradesh. It is amongst the most visited Hindu temples in India as it is said that the temple is visited by 50,000 to 100,000 pilgrims daily. Temple is also referred to as the “Temple of Seven Hills“. 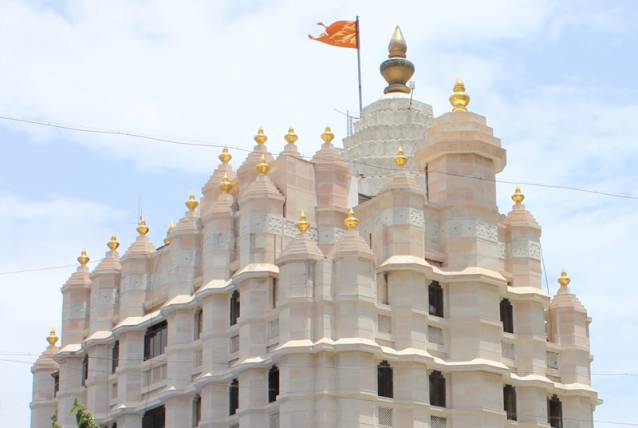 Shree Siddhivinayak Temple is a Hindu temple dedicated to Lord Shri Ganesh, located at Mumbai, Maharashtra. It is one of the most visited and famous religious places in India. Even, Apple CEO Tim Cook began his 2016 India trip with morning prayers at the temple. The most astonishing fact is that Siddhivinayak temple receives donations of around ₹100 million every year. Ajmer Sharif Dargah is an international waqf, an Islamic mortmain located at the foot of the Taragarh hill, Ajmer, Rajasthan. As per the reports, around 125,000 pilgrims visit the site daily and hence, it is one of the most famous religious places in India. The best time to visit Ajmer Sharif is during the Urs festival. This is the second place on this list of top 10 religious places which is located in the state of J&K. The holy cave is situated at an altitude of 12,756 ft which can be reached through Pahalgam town. The cave itself is covered with snow most of the year except for a short period of time in summer when it is open for pilgrims. According to a Hindu legend, Lord Shiva explained the secret of life and eternity to his divine consort, Parvati in this cave. The last one on our list of famous religious places in India is Badrinath Temple which is located at Badrinath, Uttarakhand. The temple is one of the four Char Dhams and is opened for only six months every year (from April to November). Moreover, the temple is one of the holy places where the Hindus offer oblations to ancestors with the help of the priests.

Also, let us know if you are planning to visit any other religious places in India? If you liked the post, make sure to share this post with your family and loved ones.