Comedy movies tend to make you relax your mood and laugh like you have never laughed before. Comedy is something that comes from a perfect comic timing and is often considered as the most popular genre in Hollywood industry. Unlike the action and drama movies, Comedy movies are meant to lighten your heart so that you can laugh your pants off. If you want to laugh hard, we have compiled a list of top 10 best Hollywood comedy movies that you must watch at least once. The first of its kind, Ghostbusters is an American supernatural comedy starring Bill Murray, Dan Aykroyd and Harold Ramis as the Ghostbusters who start a ghost-catching business in New York city. The movie was both a critical and commercial success. It was listed on No. 28th by American Film Institute in its list of AFI’s 100 Years…100 Laughs. Also, two super-hit TV series, The Real Ghostbusters and Extreme Ghostbusters were released after the movie and became the kids favourite. Monty Python and the Holy Grail is a slapstick comedy movie that is based on a comedy group of Monty Python which was highly active during the 70s. The movie basically parodies the legend of King Arthur’s quest to find the Holy Grails. Moreover, the movie has got a cult classic and was also, selected as the second best comedy of all time in the ABC special Best in Film: The Greatest Movies of Our Time. 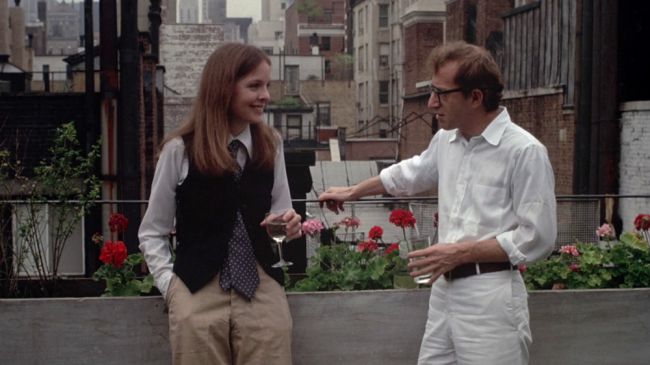 One of the earliest comedy movies on the list, Annie Hall is a Woody Allen romantic comedy film. It will not be wrong to say that the movie has set the standards of modern-age romcoms. Along with four Oscars, the movie was also listed on AFI’s list of the top feature films, top comedy films in American cinema and on Bravo’s “100 Funniest Movies“. The legacy of Woody Allen also started with Annie Hall, one of the best Hollywood comedy movies ever. 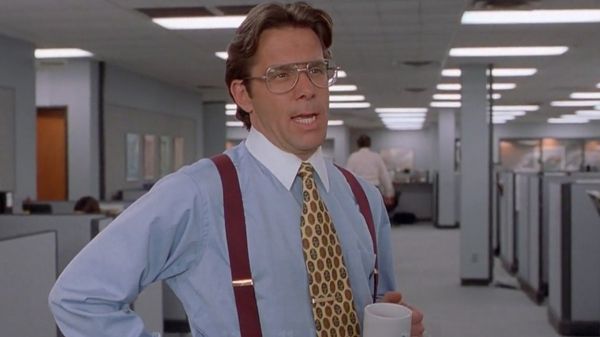 Number 7 on our list is Office Space, an American comedy film written and directed by Mike Judge. If you are an employee, the movie will surely touch your heart and you won’t be able to stop laughing. The movie is considered as a cult and also, the best satirical movie ever made on the life of IT employee during the 90s era. It was ranked 5th on the list of “25 Great Comedies From the Past 25 Years” by Entertainment Weekly. 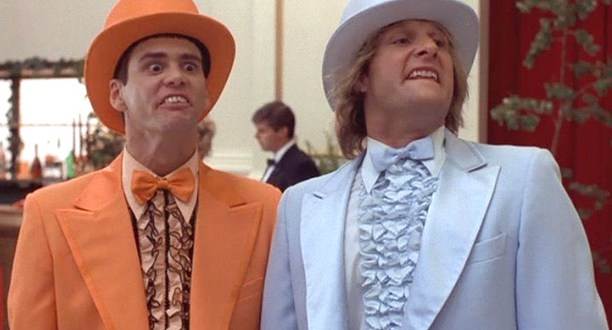 Who can forget to include a movie featuring Jim Carrey’s best comic performance till date? obviously, we are not the ones. Dumb and Dumber is a comedy movie that will make you laugh like a mad man with its superb comic timing and screenplay. The movie has developed a cult following in the years since its release and it’s undoubtedly one of the best Hollywood comedy movies we have ever seen. With this movie, we are talking about the American Pie series that started from 1999 and ended in 2012. The movie is a teen sex comedy, so we won’t advise you to watch it with your kids. American Pie has managed to maintain its legacy over the years and it has emerged as one of the best comedy movie series in the Hollywood. Do watch it with your friends and we bet, this movie will recall your college memories with a refreshing take. 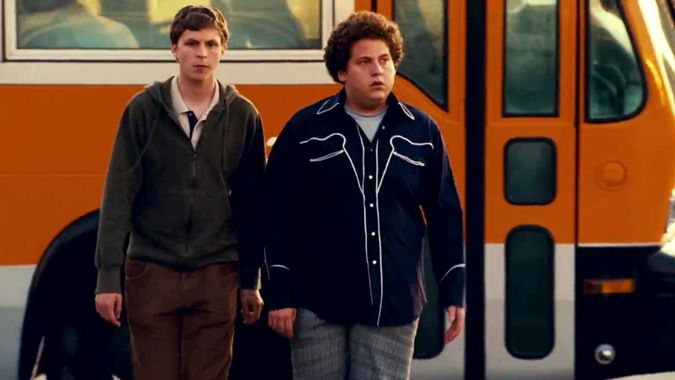 Superbad is a teen comedy movie starring Jonah Hill and Michael Cera. The chemistry between the two leads is so great that it resulted in one of the best Hollywood comedy movies of all time. This comedy movie is a must-watch for all the high school goers and is also the most successful comedy movie of 2007. 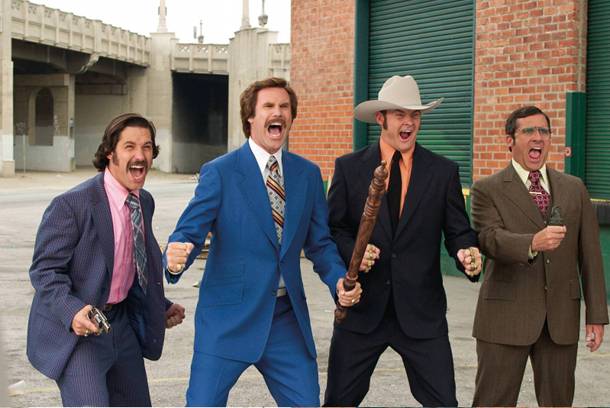 Anchorman: The Legend of Ron Burgundy movie is a funny take on the culture of the 1970s. The film was placed No. 6 on TimeOut’s Top 100 Comedy Films of All Time and No. 113 on Empire’s 500 Greatest Movies of All Time. This movie is one of the best performances of the Will Ferrell’s career and its infantile humour will surely tickle your funny bone. Do watch this movie as it is one of the best Hollywood comedy movies of all time. 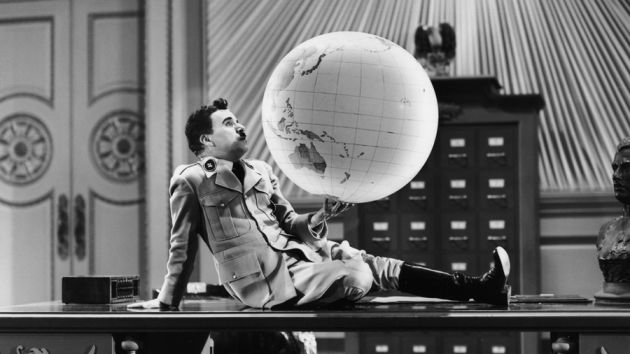 Admit it the first actor that comes to your mind when discuss comedy is Charlie Chaplin. So, a list of top 10 best Hollywood comedy movies is incomplete without the satirical comedy movie The Great Dictator featuring the comedian of the century, Chaplin. The movie is written, directed and produced by Chaplin only, and it’s the most successful film of his career. Moreover, the movie is the oldest comedy classic on this list.

Do let us know if you have seen any other movies that you think should be included in this list of top 10 best Hollywood comedy movies. If you liked this post, share it with your friends and family.