No country in the world can beat India when it comes to inventing delicious dishes because we all know how much Indians love their food. That’s why they keep on trying to invent new and delicious dishes. Infact, there are a countless number of traditional Indian foods and cuisines from every region of the country that it’s almost impossible to list down 10 of the best cuisines among them.

Given the range of diversity in farming and regional tastes, Indian cuisines vary significantly from each other as they use locally available spices, herbs, vegetables and fruits. That’s why these dishes can’t be compared with one another in terms of taste. But, we have tried our best to collect 10 of the best and delicious traditional Indian foods from all regions of India. Have a look at these tasty dishes below. 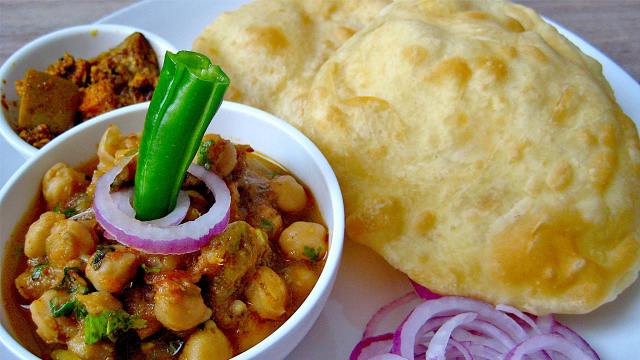 Biryani is a South Asian mixed rice dish and is made in mainly four variants: Veg, Egg, Chicken and Mutton Biryani. The origin of Biryani comes from the Mughal Era in the Indian subcontinent. People of South-East India are crazy for this delicious cuisine and absolutely love it. It is made with basmati rice, spices and Vegetables/Egg/Chicken/Mutton depending upon the region where it’s being made. You can find the recipe of Biryani here. Rogan Josh is an aromatic lamb dish and one of the signature recipes of Kashmiri Cuisine. If you ever visit the northernmost state of India, you can’t miss tasting this delicious non-vegetarian dish. If we have to make a list of best non-veg traditional Indian dishes, then undoubtedly Rogan Josh will be at the top of that list. You can find the recipe of Rogan Josh here. 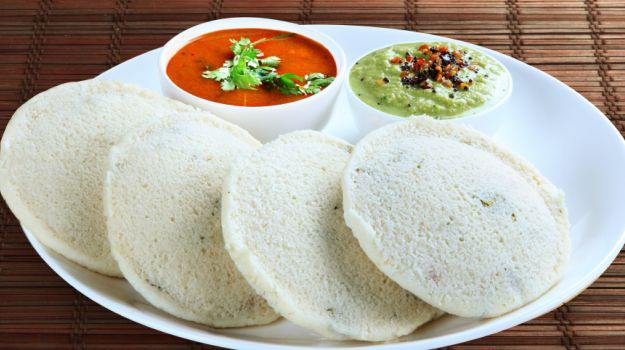 Idli is a traditional breakfast in South Indian households and is an absolute favourite of the South-Indians. This South-Indian Cuisine can be counted as one of the healthy dishes that are made in India. Basically, idli is a savoury cake made by steaming a batter of fermented black lentils and rice. There are also many variants of Idli that are consumed in West and South-West India. You can find the recipe of Idli here. We all know when any dish gets a Punjabi touch, it becomes more delicious. Same is the case with Tandoori Chicken, a dish that originates from the Indian subcontinent and has a Punjabi connection. It consists of roasted chicken prepared with yoghurt and spices. Tandoori Chicken is an absolute favourite of the North Indians. You can find the recipe for Tandoori Chicken here. 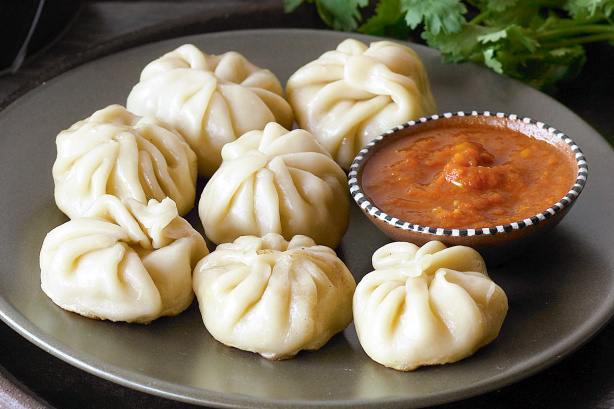 Here comes the dish that became popular all over the India in a short span of India. It is a type of South Asain dumpling that comes from the North-East part of India. Nowadays, Momos became the most famous street food snack of North India. There are many variants of Momos namely Veg, Non-Veg, Chicken, Paneer and Mutton Momos. You can find the recipe for Momos here. 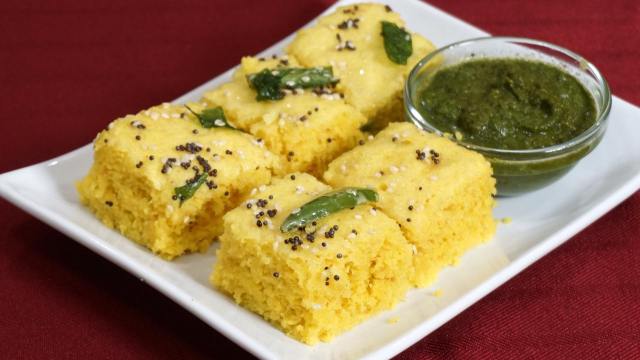 Dhokla is a vegetarian dish that originates from the state of Gujarat. This delicious and light snack is mainly served as breakfast or a snack in the evening. It is made with a fermented batter of rice and split chickpeas. Gujarati Breakfast is incomplete with this soft lentil snack. You can find the recipe of Dhokla here. Poha is one of the most popular breakfast dishes in Maharashtra. Although Poha has originated from Madhya Pradesh and is a common snack in the central part of India. It is a quick, easy and healthy dish to make. Poha consists of boiled potatoes, onion, spices and sieved beaten rice. You can find the recipe of Poha here. 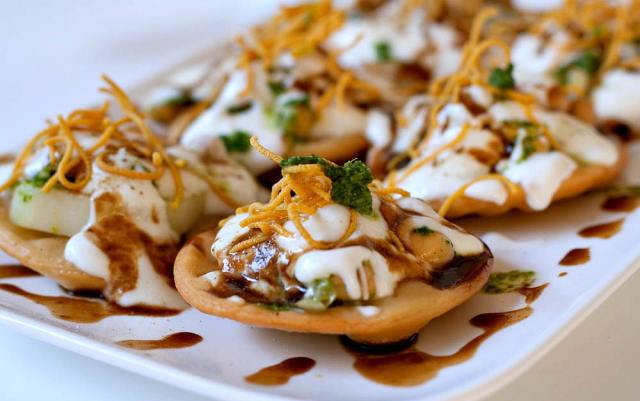 One of the most mouth-watering traditional Indian foods, Papri Chaat is a popular North Indian street food. It is also served in countries like Pakistan, Bangladesh and United States. Papri Chaat is traditionally prepared using crisp fried dough wafers(Papri) along with boiled chick peas, boiled potatoes, yoghurt, chutneys with chaat masala and sev sprinkled over it. It is mostly available on the street food joints all over the India. You can find the recipe of Papri Chaat here. 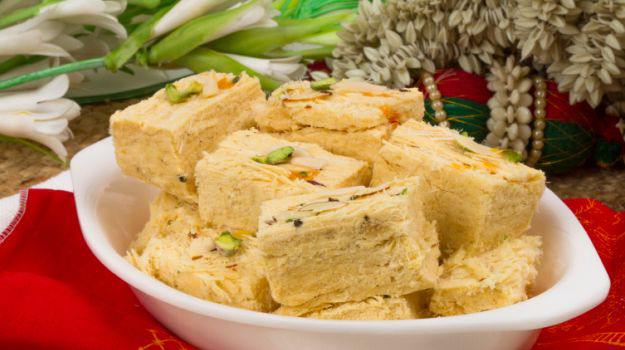 The last dish among the other lip smacking traditional Indian foods is a sweet dish. Soan Papdi is a popular North Indian dessert. It is usually cube-shaped and yellow in colour. It is made from sugar, gram flour, ghee and milk. Soan Papdi also has one more variant, Patisa that is famous is North India. Although, it’s very tough to make Soan Papdi at home but you can try the recipe from here.

Related:  10 Beautiful & Pretty Desserts That Look So Amazing And Delicious.

Also, let us know if you have tasted any other delicious traditional Indian foods that you think should be included in the list.