We all use the Letter “K” when it comes to writing a number in thousands, like 1000 means 1K, 10000 means 10K and the list goes on. Actually, in our mind letter “K” stands for a thousand but most of us or we can say that all of us don’t know why does it stand for a thousand. It’s like doing what have been told to us. Does anyone of you wonder why does the letter K stand for thousand? If yes and you didn’t find the answer, then we have a proper answer for it. Check it out below.

Why Does The Letter “K” Stand For Thousand? 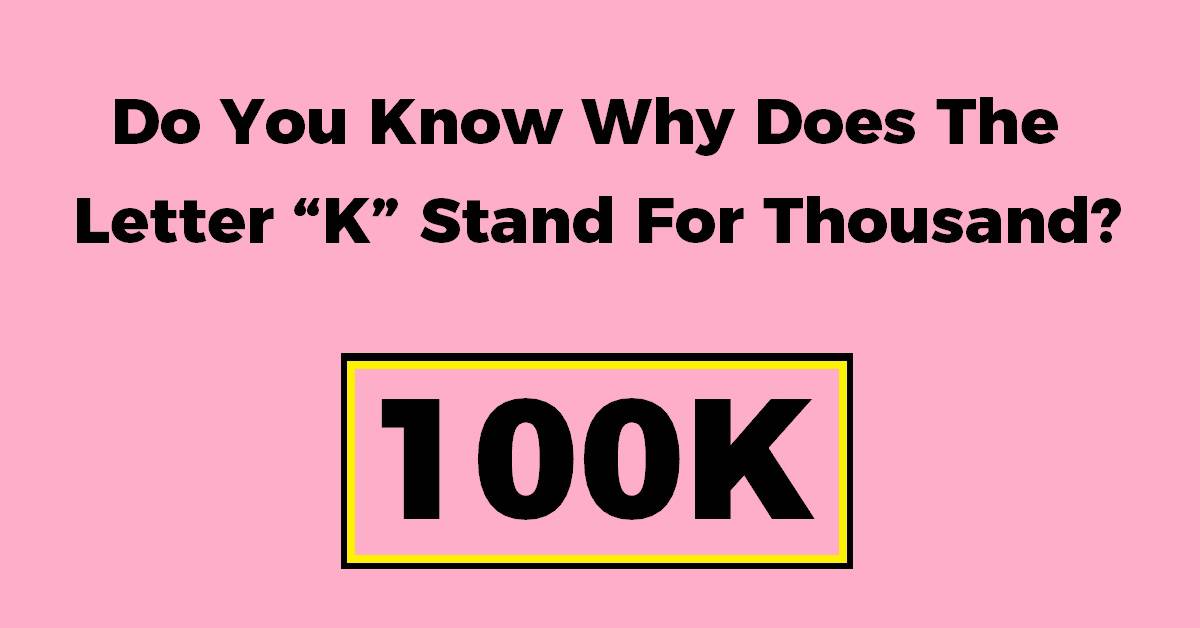 Later, French took the same Greek Word “Chilioi” and shortened it to “Kilo“. Later on, new words like Kilogram, Kiloliter, Kilotonne etc came into existence to measure 1000. Soon enough, the whole world started using these words and further shortened it to just the Letter “K” to refer thousand. Till now, we all use the same words and letter K as an abbreviation for thousand.

Similar: Do You Know What The ‘i’ Stands For In All Apple Products?

This is how the word Chilioi became Kilo which further shortened to just Letter “K”. If you are amazed to know the origin of this letter, share this article with your friends and loved ones.

Coronavirus Quarantine: 10 Things You Should Do While Trapped Inside Your...

Creative Birthday Cake Ideas For Your Baby Girl Turning One

Top 10 Ways To Help You Earn Money Online While Playing...

What Is Keyword Search Volume?

Can You Lookup Mugshots?

5 Ways To Increase Employee Productivity In The Workplace