If you are looking for some mid week motivation, then you gotta meet this man named Nick Vujicic. He’s a 33year old man who was born with an extremely rare congenital disorder known as Phocomelia. While the disease is characterized where arms and legs are absent or are attached to the trunk like stubs. Moreover, the man from Australia has ever reason in life to feel sorry and give up. Growing up in Melbourne, Australia was the toughest part in Nick’s life where he was bullied at school. In addition, he even attempted suicide when he was 10 years old. But, the life has planned something else for him.

Nick Vujicic: A Man Without Limbs: 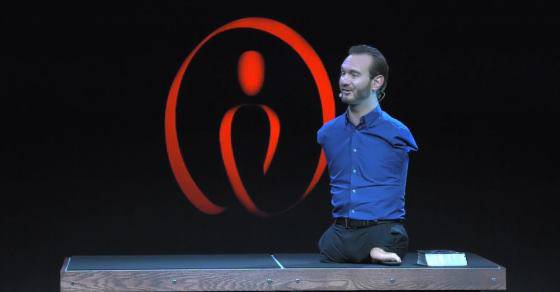 Eventually, he began realizing that “His Parents, Doctors, No one knows why he’s born like this”. Then one day, Nick Vujicic realizes that he wants to become vocal about living with disabilities. And help others find hope and joy in life. Moreover, he realized that everyone is born with disabilities, some with physical and others with mental disabilities. Now, he has turned into a motivational speaker and visited more than 60 countries. Also, he has given multiple talks among large audience, sometimes more than 100k.

Nick loves painting, swimming, skydive and surfing, to name a few. Furthermore as he says, “Pain is Pain. Broken is Broken. Fear is the Biggest Disability of all. And will paralyze you more than you being on a Wheel Chair” 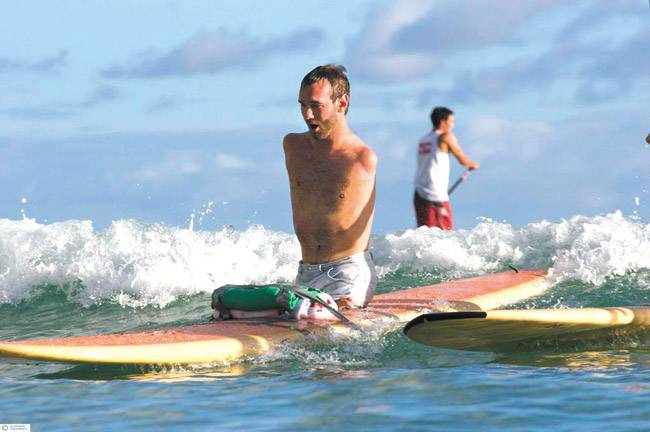 His books like Life Without Limits, Love Without Limits are among the international bestseller books. Moreover, he always say, “Dream big. Keep on going.”

Also, check out: Life Story Of Dwayne ‘The Rock’ Johnson: From $7 To The Highest Paid Actor In The World In addition, Vujicic has married has the love of this life Kanae Miyahara in Feb, 2012. The couple has two sons namely  Dejan Levi Vujicic, Kiyoshi James Vujicic and they are living a happy life in Southern California. As of today, he is a very famous man. Nick gets more than 100 invitations a week and has received 36k invitations till date.

You can also get more info about Nick Vujicic on his official website here.