We all have faced this situation in our lifetime when some company refuses to give us aftermarket warranty of their product for a random reason. We all feel frustrated and cheated at that point of time, company says the fault doesn’t comes under the Warranty T&C’s. Then some of us decide to pay for the damage and others try to move the company to the court. But, what we are going to show you next is Unbelievable. An Indian Man from Uttar Pradesh, India was refused warranty of his Honda Amaze and look what he did: 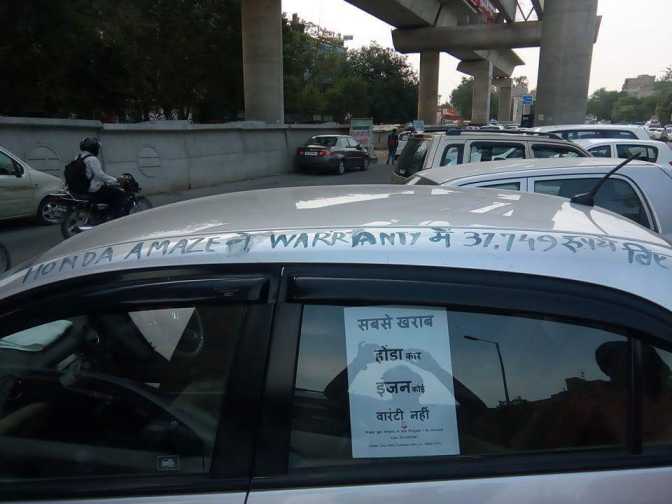 Honda took ~38K INR for aftermarket warranty from him. 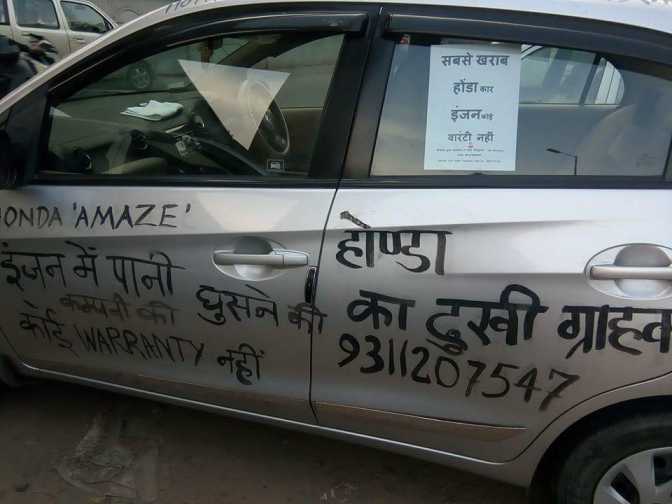 When the consumer realized that engine is not working fine, he went to their service center and asked them to repair it. They refused to repair it saying that there is water in your engine and this fault doesn’t comes under Warranty T&C’s. 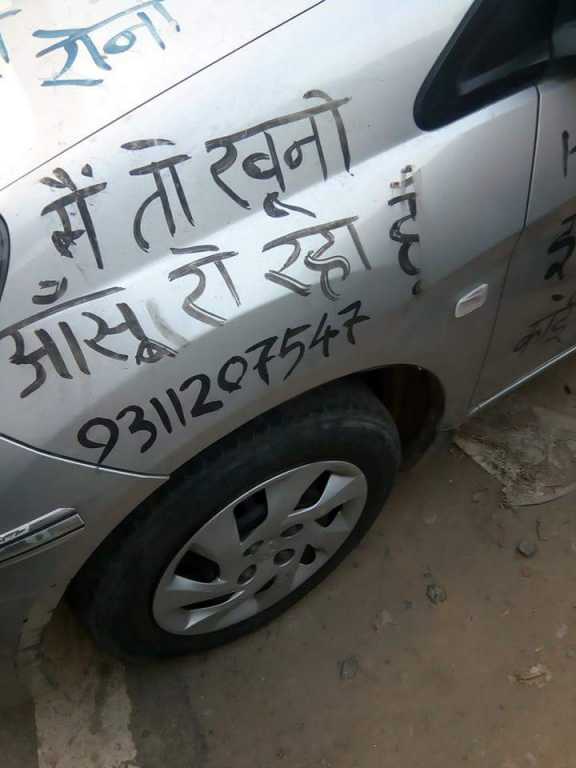 After seeing no progress with several arguments, he took the car in-front of Honda’s office and wrote everything on the car whatever he wanted to say like how he’s cheated, his number and stuff like that. 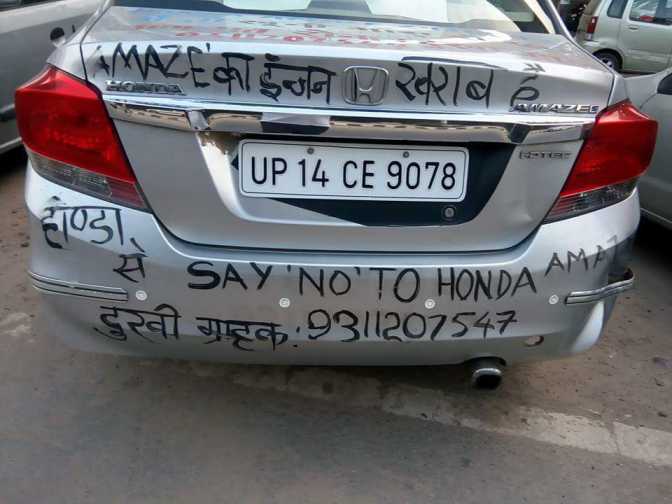 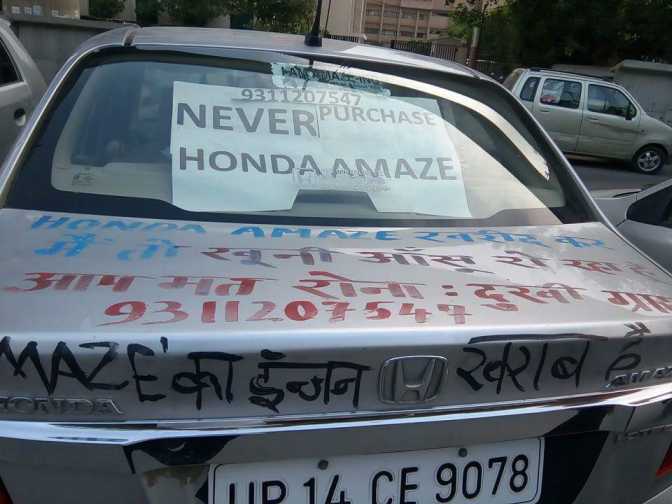 The man is now advising everyone, not to buy car from Honda in the future. He has also written his contact number over the car. 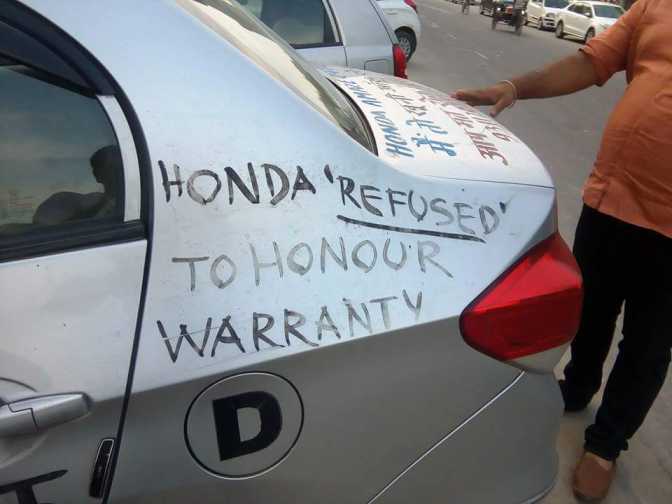 We hope that the case is resolved soon and the Company & Consumer come to a settlement.