Everyone of us is sick of hearing that this Bollywood movie is inspired/copied from that Hollywood movie. But, this is not the case every time, even Bollywood has pulled some of the famous stories from its Basket which has inspired the Hollywood also. We bet that you don’t know about these 9 Hollywood Movies Copied From Bollywood. Check them out: 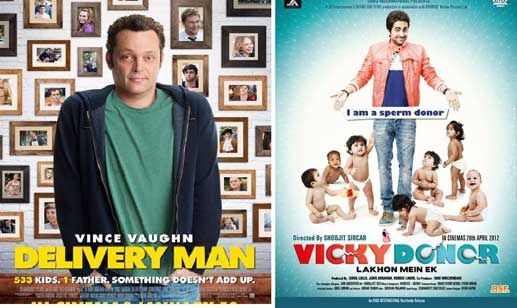 The only difference between the two movies Vince Vaughn is more fertile than Ayyushman seeing that the former sperm donations amounted to a total of 533 kids being  born as compared to latter’s 53 kids. 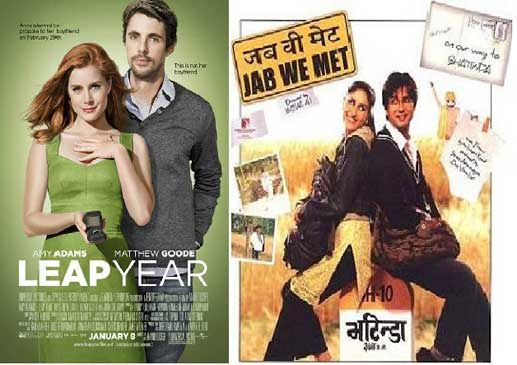 The plot of both the movies is same and project a talkative, silly girl who is determined to get to her boyfriend so she can propose to him. Along the way, she got help from a young down-on-his-luck ma. The only differences is that “Leap Year” doesn’t have those beautiful musical numbers as in “Jab We Met”. 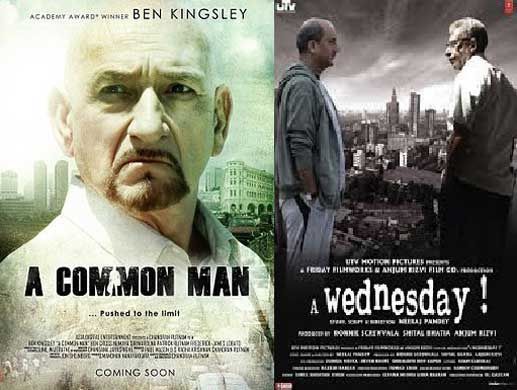 Both the movies have the same director, SV Krishan Reddy who entered into Hollywood with the 2012 English romantic comedy, Divorce Invitation. The movie plot and screenplay is same as of 1997 Telugu film ‘Aahvaanam’. 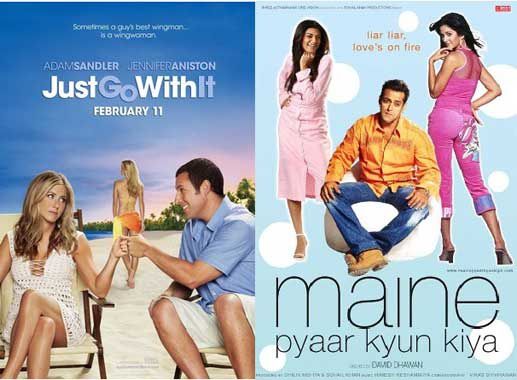 ‘Just Go With It’ (2011), the Jen Anniston and Adam Sandler movie is a copy of ‘Maine Pyaar Kyun Kiya’ (2005). Cactus Flower (1969) inspired both these movies but the story-line is a little bit different. 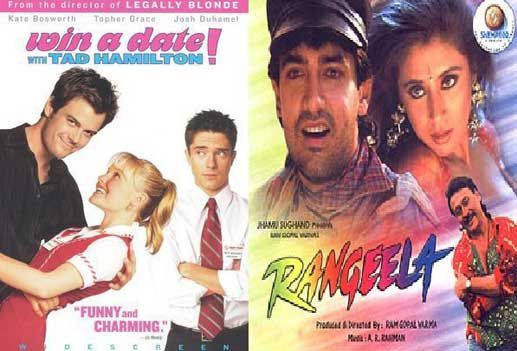 The biggest and the only difference is that in ‘Win a Date With Tad Hamilton’, the girl wins a date with Tad Hamilton. While in ‘Rangeela,’ the girl earns an audition for a part in the actor’s new movie. Darr’ is one of Bollywood’s best thrillers. Shah Rukh Khan gave one of the best performance of his life. ‘Darr’ inspired ‘Fear’ and the most obvious proof is The obvious proof that ‘Fear’ is a remake is when the stalker carves the girl’s name on his chest, which famously originated in ‘Darr’. 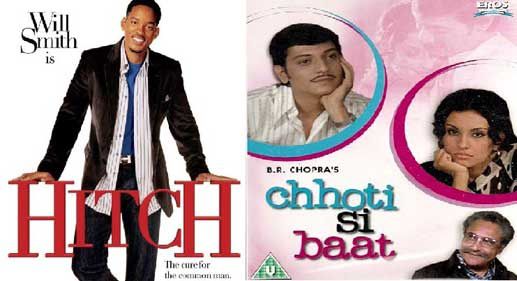 Bollywood film ‘Chhoti Si Baat,’ inspired Hollywood flick Hitch(2005). Chhoti Si Baat’(1975) is about a shy man who wants to woo a certain woman same as the movie Hitch. The interesting part about hitch is that it was again remade into Bollywood as 2007 film Partner! Remember the circle of life. 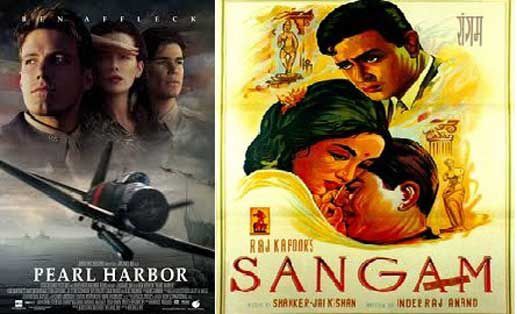 Pearl Harbor was less about Pearl Harbor but more about a romantic love triangle between two best friends and a girl. Also, the Love Triangle Drama in a war-torn backdrop shown in Pearl Harbor(2001) is undoubtedly inspired from the Indian Classic ‘Sangam’ (1964).