If you are a fan of beautiful models, then you must know that most of the hottest models in the entertainment industry are from the Czech Republic. Czech women are well-known for their beauty and hotness. They are ruling the fashion as well as the modelling industry. Czech women are stylish, hot and above all, they are too beautiful to be ignored. Today, we have compiled a list of top 10 most beautiful Czech women that will take your breath away.

Eva Herzigová is a beautiful Czech model and actress. She began her modelling career at a tender age of 16. She is one of the most beautiful Czech women that has worked with all major fashion brands including Victoria’s Secret. Eva has also worked in some fashion art films. This blue-eyed beauty has very attractive features and that’s why she is one of the top models in the country.

Helena Houdová is a model from the land of beauty, Czech Republic. She has appeared on the covers of countless magazines including Elle and Vogue. Her blue colour eyes compliment her beautiful face and she is one of the most successful models in the fashion industry. FHM placed her in their list of Top 100 Most Beautiful Women in the world. Apart from the modelling, this Czech beauty has a very kind heart and she donates almost all of her earnings to charities.

Veronika Vařeková is a Czech model who has appeared in the Sports Illustrated Swimsuit issue for a total of eight times. She’s a successful model and one of the most beautiful Czech women that have worked with all famous fashion brands. Apart from that, she’s also a very active person in sports and one of the few models who have climbed Mount Kilimanjaro. Veronika is blessed with some of the finest features that a woman dreams off. 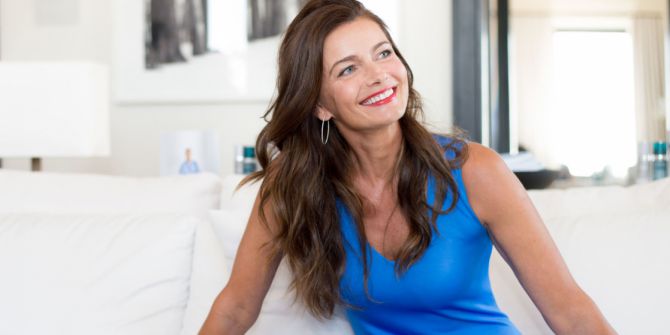 It’s needless to say at an age of 51, Paulina Porizkova is still one of the most beautiful Czech women that you will ever see. She is a model, actress and author, and she was the first woman from Central Europe that featured on the cover of Sports Illustrated swimsuit issue. Many young women from the country see this talented lady as their role model. You may remember her beautiful face from famous TV shows like America’s Next Top Model and Dancing with the Stars.

Hana Soukupová is a Czech model who is widely known for her work with Victoria Secret. Her beauty can’t be expressed in words but can only be observed. She’s one of the sexiest models that has featured on the cover of Elle’s magazine of Czech edition. Hana is undoubtedly one of the beautiful Czech women that have a huge respect in her native country. Also, Vanity Fair called her as the next Eastern European model that will most likely make it big in the modelling world.

Another Czech model and one of the beautiful Czech woman, Tereza Maxová is a gorgeous lady that has all the charm in the world. The extremely hot beauty has worked with top brands including Gucci, Prada and L’Oreal. Also, Tereza appears frequently on the TV and thus, becoming a famous name in the Czech TV industry. She’s also highly involved in charity work across the globe.

Daniela Peštová is one of the first models from the Czech Republic that had worked with the Sports Illustrated Swimsuit Issue. She is famously known for experimenting with her look that’s why she was given the name “The Chameleon“. She is an absolute darling and looks fabulous on the magazine covers. Her beauty goes beyond imagination and that’s why we have included her in our list of top 10 most beautiful Czech women.

Featuring No. 3 on our list is an extremely hot babe, Karolína Kurková who is a famous Czech model. She has been a Victoria’s Secret Angel and is the darling of million hearts from all over the world. She’s also one of the highest-earning supermodels in the world. Also, Vogue magazine once dubbed her as the Next Supermodel that will rule the fashion world. She’s tall, fair and extremely sexy. Karolina was voted as the World’s Sexiest Woman by E! Entertainment Television.

Taking the 2nd spot on our list of most beautiful Czech women is none other than the former Miss Czech Republic and Miss World 2006, Taťána Kuchařová. She is primarily an actress, dancer and a model. She was the first ever Czech woman to win the title of Miss World. Words can’t describe the beauty of this extremely hot women. If you want to experience the real beauty of the country, you just need to have a glimpse of this beauty queen.

It’s time to reveal the name of the woman who beat all the beautiful Czech faces to take the No.1 spot on our list of top 10 beautiful Czech women and she is Petra Němcová. Petra is a famous model, Television host and a philanthropist. She can give all other hot models in the world a run for their money. Just like the other sexy women, she has worked with all the major fashion brands including Glamour and Sports Illustrated. She is one of the most beautiful Czech women the world has ever seen.

Do let us know if you know any other Czech beauty that you think deserves a place among the above mentioned beautiful Czech women. If you liked these absolutely gorgeous women, share this post with your friends and loved ones.

List Of Top 10 Best Tourist Destinations In The World That...

Can You See Faces In These Photos? If Yes, You Suffer...

Ever Wondered Why Goa Is A Heaven For Travelers? Find Out...