Our world is a strange place, you can expect the unexpected here. Every day millions of photoshopped photos are shared all over the Internet and left us in confusion whether to believe those photos or not. These photos are so well morphed that it’s hard to believe that they are fake. But, not every photo you see is morphed, wonders do happen and sometimes they are clicked at the right time. We are talking about unedited photos that look fake but are actually real.

Today, we will show you some of the best unedited photos that look morphed at the first look but are actually real. Let’s have a look at these photos below.

A Photographer Aditya Permana captured the forest dragon lizard feeling comfortable resting with a leaf clutched between its feet.

2. A boat that looks like it is suspended in the air.

The water is so clear in the Lampedusa, the southernmost island of Italy giving an illusion as the boat is suspended in the air.

3. A group of Flamingo making a giant Flamingo.

One of those rare moments when a group of flamingos form a giant version of themselves.

If you are planning to visit Vienna, Austria, make sure that you visit the place to see the sculpted trees of Schonbrunn Palace during winter.

5. When the temperature is way below Zero Degrees.

The person in the photograph threw hot water in the air in Antartica and the water instantly froze.

6. The boss of all the unedited photos.

Some amazing rare clouds over the wind farms in West Yorkshire. 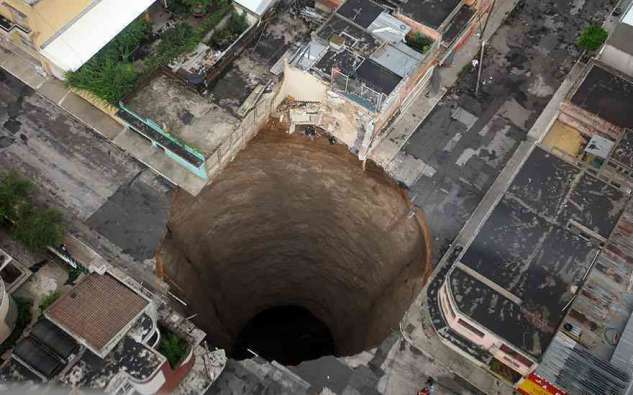 On May 30, 2010, a giant sinkhole, measuring 65 feet across and 300 feet deep, was formed in Guatemala swallowing a three-story factory.

8. You’ll be shocked after learning that this photo is not photoshopped. 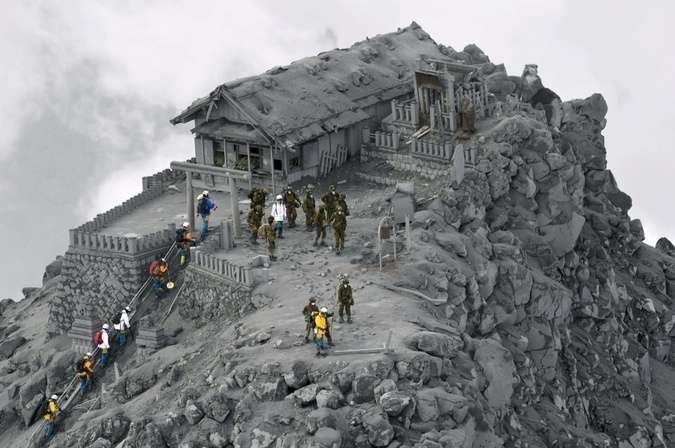 On September 27, 2014, Japan’s Mount Ontake erupted and covered the temple with plumes of volcanic ash.

9. The coolest spider ever.

He is one of the most creative and coolest spiders you’ve ever seen.

A photographer Laurens Kaldeway captured this incredible shot by using a mixture of soda and tap water, salt and aluminium foil.

Similar: 10 Amazing Images Ever Taken Without The Use Of Photoshop.

So, what do you think of these unedited photos? We know that it’s hard to believe that these are not photoshopped but the truth is that these photos are completely untouched.