Amazing & Most Beautiful Places In The World:

Czech Krumlaw, is a small city in the South Bohemian Region of the Czech Republic where Český Krumlov Castle is located. Its Old town is a UNESCO-designated World Heritage Site. A town that reaches to the skies above a bend on the River Vltava, Český Krumlov is a pearl of Renaissance architecture and a place where the sumptuousness of the local castle, maze-like alleyways, richly decorated coats of arms of burghers houses, and wonderful floral gardens are harmoniously interwoven and at the same time, it boasts medieval pubs, ale-houses, galleries and graphite mines. And what else can you expect from a perfect beautiful city? Colmar is a town in the Alsace region of northeastern France, near its border with Germany. It is also called as the “Little Venice” most probably because of the houses on both sides of the river, which serves the southeast of the city. The town is situated on the Alsatian Wine Route and considers itself to be the “Capital of Alsatian wine”. Also, the city is renowned for its well preserved old town, its numerous architectural landmarks and its museums. 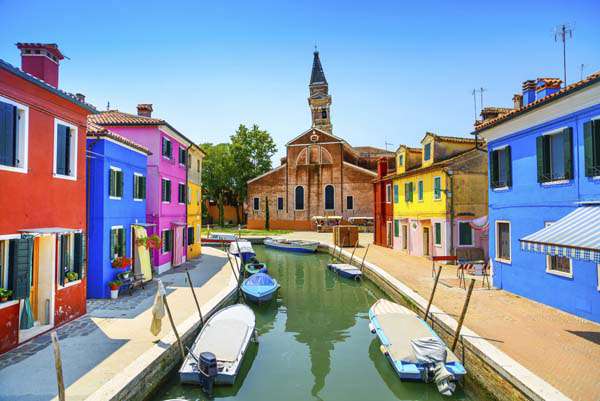 Burano is an island in the Venetian Lagoon, Northern Italy. Actually, this island is a group of four islands linked by bridges. Moreover, Colorful homes on both sides of the river can remind you of Venice. Many international magazines include Burano among the top 10 most colorful cities in the world. The origin of the colors is unknown but the story goes that years ago, when the fishermen returned from the sea, they couldn’t recognize their homes through the fog, so they started painting them with different colors. It definitely deserves to grab a spot among the top most beautiful cities in the world. 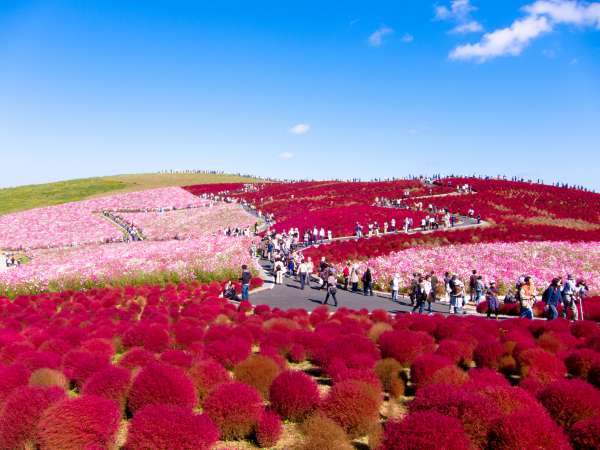 Hitachi Seaside Park is a sprawling 470 acre park located in Hitachinaka, Ibaraki, Japan, that features vast flower gardens including millions of daffodils, 170 varieties of tulips, and an estimated 4.5 million baby blue eyes (Nemophila). Moreover, The park includes cycling trails and a small amusement park with a Ferris wheel. So, why are you waiting, visit this park in Japan and be forever lost in that valley of beautiful flowers. 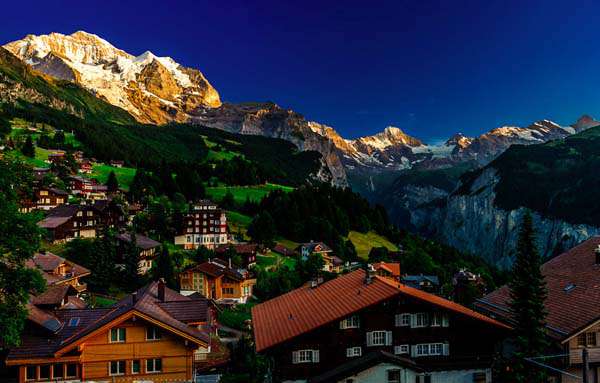 Wengen is a village in the Bernese Oberland in the canton of Bern, located in central Switzerland. Primarily an alpine farming community, the village began to be visited by tourists in the early 19th century. It is one of very few car-free resort villages in Europe. Also, you should know Switzerland and Beauty go hand in hand with each other. Visit this beautiful place and get mesmerized by its beauty. 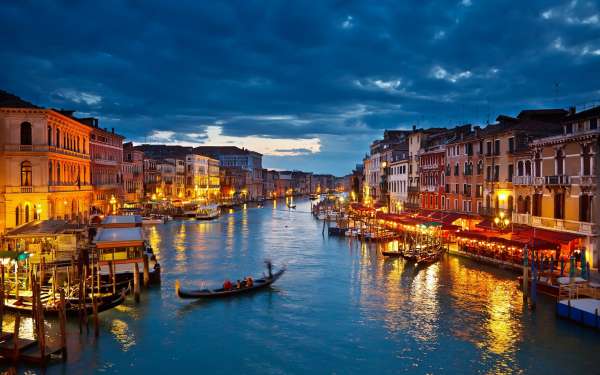 If you don’t about Venice, than most probably you will be living under a rock. Featured in countless movies as the most romantic destination, Venice is a city in northeastern Italy and the capital of the Veneto region. It is situated across a group of 117 small islands that are separated by canals. Furthermore, Venice is one of the most important tourist destinations in the world for its celebrated art and architecture. Also, the city has an average of 50,000 tourists a day (2007 estimate). 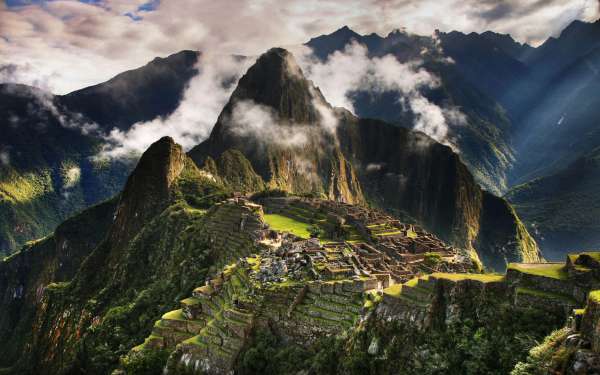 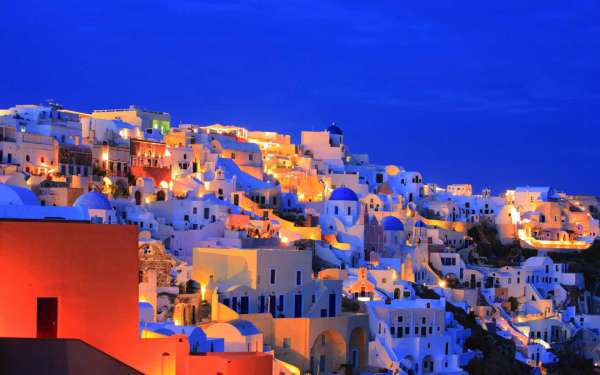 Santorini is one of the Cyclades islands in the Aegean Sea. It was devastated by a volcanic eruption in the 16th century B.C.E., forever shaping its rugged landscape and villages. Moreover, Santorini is one of the most popular islands of Greece. Many magazines have given this island a top place when it comes to the amazing and most beautiful places in the world. 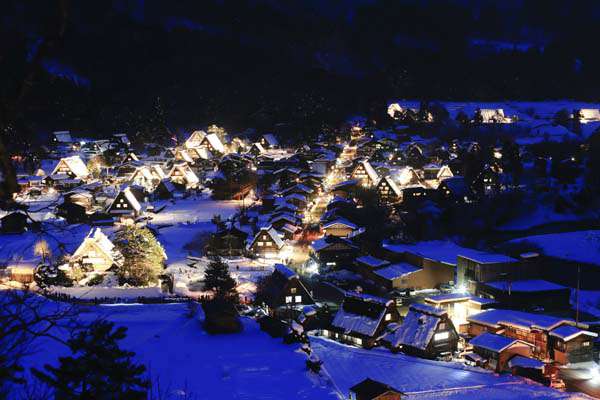 Shirakawa is a village located in Ono District, Gifu Prefecture, Japan. The Gassho-style houses found in the Historic Villages of Shirakawa-go and Gokayama are rare examples of their kind in Japan. And, we bet you won’t be able to take your eyes of this village when it is covered in Snow. 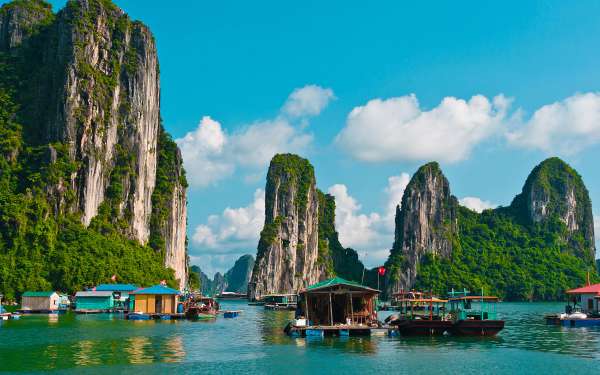 Hạ Long Bay is located in Northeast Vietnam and is known for its emerald waters and thousands of towering limestone islands topped by rain forests. Hạ Long Bay is a UNESCO World Heritage Site and popular travel destination in Vietnam. Basically, Ha long bay has two main seasons: hot with sporadic rain from April to September and cool with some chilly wind from October to March. And it completely depends upon you which one you choose. Agra is a city on the banks of the river Yamuna in the northern state of Uttar Pradesh, India. It is home to the iconic Taj Mahal, a mausoleum built by the Mughal emperor Shah Jahan in loving memory of his wife, Mumtaz Mahal, who died in childbirth in 1631. Taj Mahal is a true beauty and is among the Seven Wonders of the world. Moreover, its a dream of every couple to visit there at least once.


Also, check out: 10 Amazing Places In India That You Must Visit At least Once 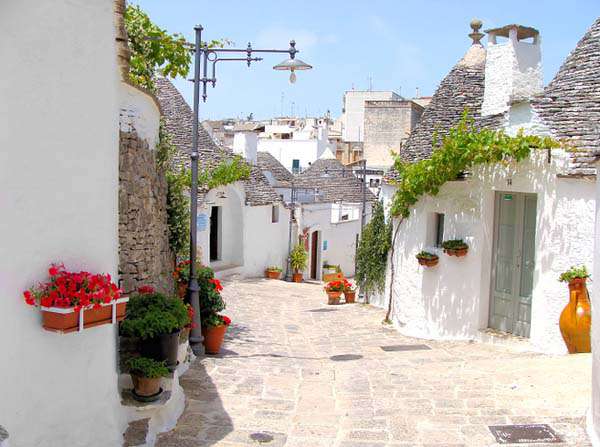 Alberobello is a small town and comune of the Metropolitan City of Bari, Apulia in Southern Italy. The small town has been made a UNESCO World Heritage site for its unusual districts of trulli, the characteristic white-washed conical-roofed houses of the area. The principal tourist activity in Alberobello is wandering around looking at trulli. There are also a handful of small museums and plenty of opportunities for buying kitsch souvenirs and tasting local products. Tasiilaq is a town in the Sermersooq municipality in southeastern Greenland. It had only 2,017 people living there as of 2013. Moreover, town surrounded by High Mountains create a view that many of us can’t even imagine. Air Greenland operates helicopter services from Tasiilaq Heliport to neighboring Kulusuk Airport if you wish to visit there. Also, this place is often voted as one of the amazing and most beautiful places in the world. Giethoorn is a village in the Dutch province of Overijssel. Tourism has had a relatively small influence on the old traditional town. Furthermore, the village, still only fully accessible by boat, is one of several places commonly known as the Venice of the North or Venice of the Netherlands. And if you ever wanted to live your own fairy-tale, you may want to consider moving to the village Giethoorn. Hallstatt is a village in Austria’s mountainous Salzkammergut region. Its 16th-century Alpine houses and Gothic Catholic church sit on Lake Hallstatt’s western shore. Furthermore, it is stated as “Nestled between the edge of Hallstätter See and the towering Dachstein mountains, Austria’s oldest and possibly most photographed village is something like a mirage in the Salzkammergut Lake Region”. This one is our personal favorite when it comes to choosing the first place among the most beautiful places in the world.

Also, let us know if you want any other place to feature in this list of amazing and most beautiful places in the world.