Weather forecasting is something that tells us about the weather conditions all around the world. While most of you are not interested in the weather forecasting but you won’t be able to ignore the beautiful faces of the weather girls which makes the reports exciting. Those lovely faces can surely make the hottest models give a run for their money. These sexiest and hottest weather girls have such persona and characteristics that all men won’t be able to resist falling for them. 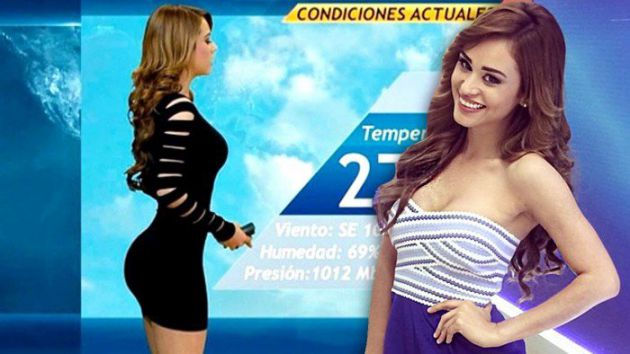 Yanet Garcia is officially branded as the Hottest Weather Girl. The hot and curvy Mexican weather girl reports on ‘Las Noticias Televisa Monterrey’ and if you can’t find her on T.V, you can easily go on her YouTube channel where she shares her reports. The 25-year-old beautiful brunette has a massive fan following of 2.8M on Instagram and her fan following is increasing like anything. 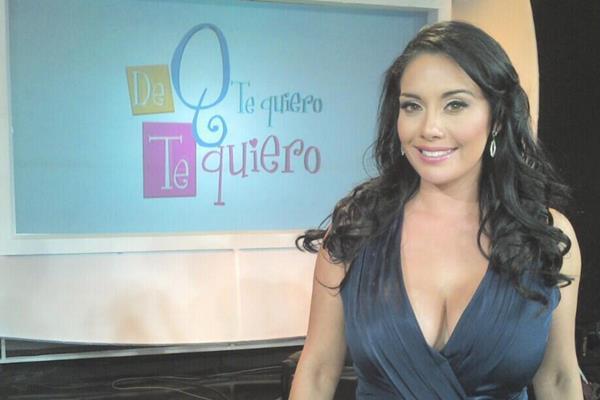 The Mexican weather forecaster has been a victim of unfortunate Wardrobe malfunctions for quite a few times. Her wardrobe malfunction became so viral on the Internet that one person commented “I don’t know what you’re saying. But, marry me?“. She also got a massive fan following of 96k followers on her persona Instagram account. She’s also named as one of the busty weather girls of all time and has posed for Mexican Playboy magazine. Ximena Cordoba is a Colombian model, T.V presenter and actress. She has worked as a weather reporter for Despierta América on Univision. She has become a viral sensation online, with her skimpy outfits and flirtatious presenting style gaining her a massive fan following of 797K followers on Instagram. Magda Palimariu is a hot Romanian weather forecaster. Her beautiful face and tall figure made her feature on this list of sexiest and hottest weather girls from all around the world. She works as a weather anchor for TV Magia. The Romanian beauty surely knows how to make men fall for her with her unique presenting style and short outfits. The curvaceous TV star rose to fame by showcasing her ample assets in a string of revealing outfits. We can’t miss this sexy Mexican weather reporter when it comes to the list of sexiest and hottest weather girls in the world. In 2008, she won the title of hottest weather girl in the world with a whopping 47,000 votes on Asylum website. 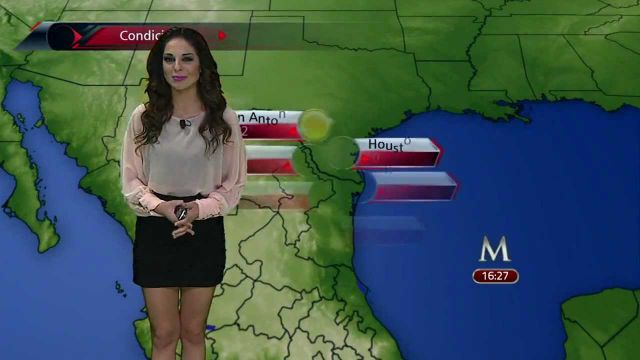 Angie Gonzalez is no stranger to weather reporting. She has been providing her meteorological expertise for Multimedios TV for quite a few years. She is a former model and that’s we have included her in this list of top 10 sexiest and hottest weather girls in the world. Jackie Guerrido is a Puerto Rican television weather forecaster and journalist. We bet that you won’t be able to guess her age after seeing her sexy figure and toned body. The 44-year-old hot weather girl is working as a weather reporter for Univision’s afternoon newsmagazine show Primer Impacto (“First Impact“). She is the curviest weather girl on the list. Her curves will make all men fall for her. Evelyn Taft is a CBS 2 Certified NWA Meteorologist and surely one of the hottest and sexiest weather girls in the world. Also, she is an icon of weather forecast due to her knowledge, passion and understanding of the subject. Jackie Johnson is an American weather forecaster and television personality for KCBS-TV news. In her shows, she usually puts on a professional look by wearing short skirts showing her long legs which make her look sexy. She has also worked in several movies; Battleship being her latest role where she appeared as herself in the role of a news anchor.

Read more: List of Top 10 Sexiest And Hottest Celebrity Moms In The World. Last on our list of top 10 sexiest and hottest weather girls are KABC meteorologist Bri Winkler. She’s already a winner in our life as she had experienced a stroke at a young age of 24 and had recovered from the post effects. She looks very beautiful on T.V and the fact is that she doesn’t show off that much on the television as compared to other hot weather girls.

Also, let us know which one of these sexiest and hottest weather girls you liked the most. Next time when you are going through the channels, make sure you don’t skip the weather forecast. If you liked the post, make sure to share this post with your loved ones.

20 Aerial Photographs That Show You Another Side Of The Famous...

13 Things To Do Before You Die – Ground Zero Web

10 Beautiful Animals Whose Natural Hair Will Make You Jealous

Want to Know What Happens After You Lose Your Virginity? Read...