India is a land of mysteries, magic and secrets. There are hundreds of haunted places in India where ghost sighting and strange events are reported by the locals. Whether you believe or not, even scientists have agreed to the fact that there are some Supernatural things in the world. You can call them ghosts or supernatural beings from the other dimensions, but the fact is that they are for real.

We all have seen the popular TV horror shows like Zee Horror Show or Aahat which gave us chills down our spines. Imagine you experience something like that in your real life, horrifying isn’t it? But, there are people who have experienced some strange events at places that they relate to the stories of old kings, forts and murder mysteries. We are not sure that all these rumours are true, but one thing is for sure these places will terrify your soul. While there are a number of haunted places in India, we are listing down top 10 most haunted places in India. 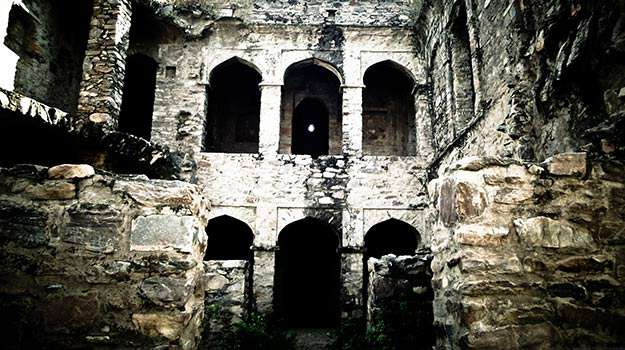 Bhangarh is one of the scariest and most haunted places in India. The travellers from all over the world are keen to visit the place for all the wrong reasons but no one is allowed to visit the place after the sun set. As per the legend, ghosts of a princess and a wizard still roam the place at night. The story goes like this, the wizard cast a spell on the princess to make her fell in love with him. But when the princess learned of his plans, she murdered the wizard and before the wizard died, he cast a dark spell on the fort. 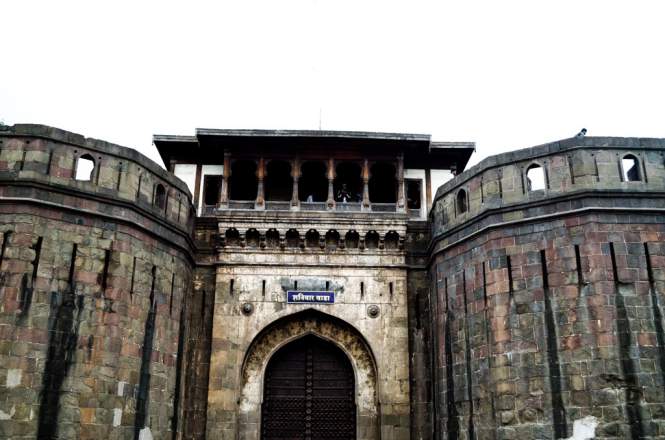 Despite his marvellous architecture, Shaniwarwada Fort is also one of the famous haunted places in India. The place is haunted by the ghost of a young prince who was brutally murdered there for this throne. As per the locals, a young voice screaming for help can still be heard around the fort. Furthermore as per the story, on the full moon nights, boy’s ghost screams ‘Kaka Mala Vachwa’ which translates to ‘Uncle Save Me‘. The black sand beach of Dumas is known for its mysterious beauty and mystical activities. There are many strange events that have been reported at this spooky place like disappearing of people at night, ghost sighting. It is believed that the beach was long used as a burial ground, therefore, the spirits look for peace at night. Many paranormal activities are also experienced by the locals till now. 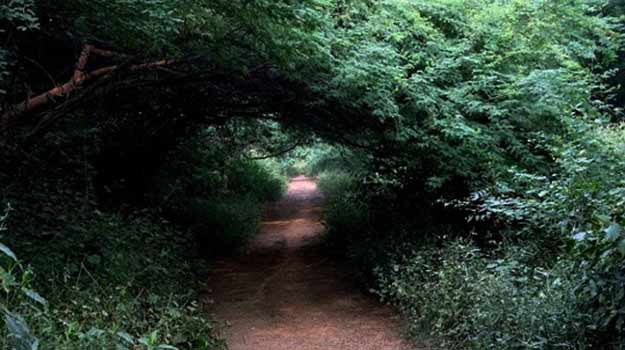 This place in the capital of India will surely give you some sleepless nights. Sanjay Van is a 700-acre forest area in Delhi that used to be a cremation centre. The most common ghost sighting report in the area is that a lady dressed in a white saree runs very fast and then disappears near the cremation ground. Locals also claim that they hear voices of children crying and screaming near the grave sites. 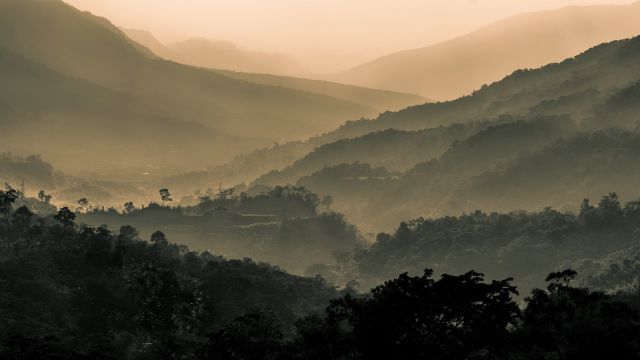 Although, Jatinga valley in Assam looks like a beautiful and natural habitat for animals and birds, but it isn’t actually what it seems. The place is famous for the mysterious bird suicides during the moonless nights. Most of the migrating birds that visit the area during 6 p.m to 10 p.m on the moonless nights drop dead on the streets for absolutely no reason. Moreover, the mass suicide takes place only at a particular area and the scientists are still not able to figure out the reason behind this mysterious suicides.

Don’t miss: Top 10 Bollywood Horror Movies That Will Send Chills Down Your Spine. 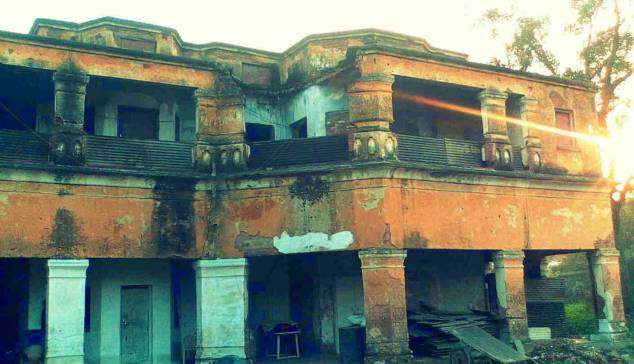 Here comes one of the spookiest and most haunted places in India. A lot of people have seen common paranormal things happening in the area. Sometimes they see a woman sitting on the roof and wearing red clothes, and the other times they see males sitting enjoying alcohol by the light of a single candle. Many locals have left the surrounding areas for the obvious reasons and if you love to fancy paranormal activities, do visit this place. 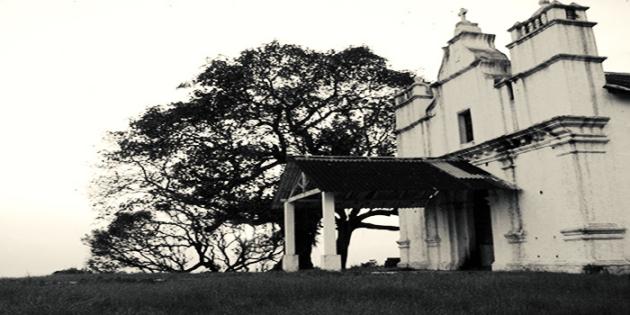 Although a church is considered as a sacred place of God but it doesn’t prevent the locals to call it as one of the most haunted places in India. As per the legend, three Portuguese kings who fought to rule the area died in the place. All the kings were buried in the church and it is believed that the spirits of the kings still roam the premises at night. But, still hundreds of visitors visit this haunted place on a daily basis. 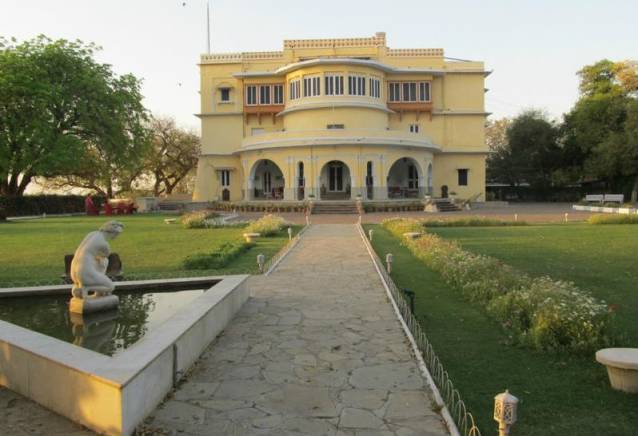 This haunted place is backed with an actual story of a man named Major Burton who was posted in Kota but was killed by Indian sepoys during the 1857 mutiny. It is believed that the spirit of the same man still roams this spooky palace at night. 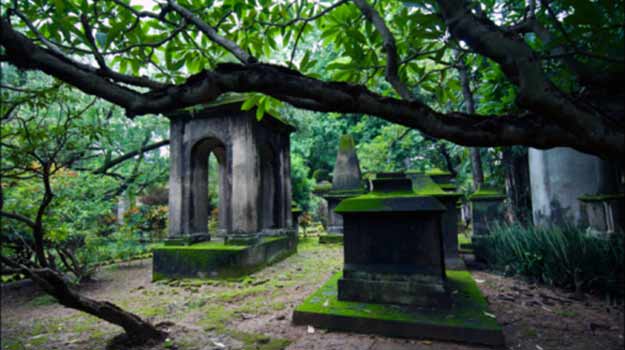 Kolkata is believed to be the land of black magic and how can we forget it when it comes to a list of top 10 most haunted places in India? South Park Cemetry is one of the oldest cemeteries in Kolkata. There have been reports of paranormal activities in the area. Many locals have reported the sighting of shadows, spirits and people falling sick after visiting the cemetery. 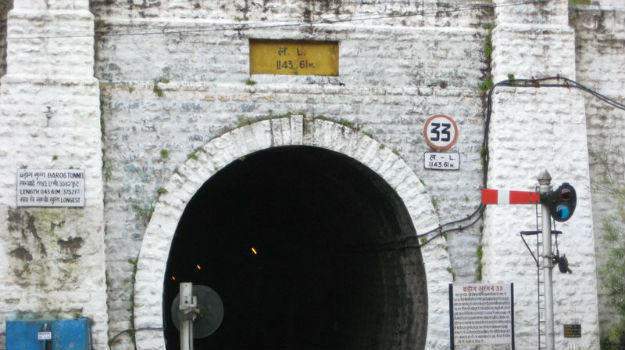 The last place on this list of top 10 haunted places in India is a tunnel. Yes, you read that right, it’s a spooky tunnel. It is the longest tunnel on the Shimla-Kalka railway track. As per the story, the project of the construction of the tunnel was given to a British engineer who failed to complete it. Later, he was fired and mocked for not finishing his task. Driven deep into the depression, he decided to end his life and he shot himself in the tunnel. Apparently, his ghost still haunts the tunnel and locals believe him to be a friendly ghost.

Similar: These 11 Abandoned Places In The World Will Scare The Hell Out Of You.

So, these are the top 10 most haunted places in India that are based on real life stories. If you have experienced any paranormal activities in your life, do share your experience with us in the comments section below.