There was a time when Kings & Emperors used to live in big forts and palaces. But, as the time passed and their reins ended, only the rich can afford such huge mansions. Seeing the places and estimated price of these mansions, we have prepared a list of top 10 most expensive houses in the world. Also, these mansions have everything like Swimming Pools, Gardens, you name it and they have it. We know you would be wishing that you had one of those. Before deciding to buy such mansion, check out the price of top 10 most expensive houses in the world as of 2016. Earlier this 10-bedroom mansion was a prep school. It has an underground swimming pool, a sauna, gym, cinema, and even a panic room. In addition the interior is covered in marble, gold, and priceless artworks. The owner is Olena Pinchuk, daughter of Leonid Kuchma, Ukraine’s second president. In addition, she is also known for being the founder of the ANTIAIDS Foundation and a friend of Elton John. This Mansion is located on London’s Billionaires Row. It is owned by Roman Abramovich, a billionaire from Russia, who owns the investment firm called Millhouse LLC, and Chelsea Football Club of the English Premier League. If you are not convinced and thinking why it’s valued so high, then listen to this- already a plan is going on to make an underground extension with a tennis court, health centre, and auto museum. 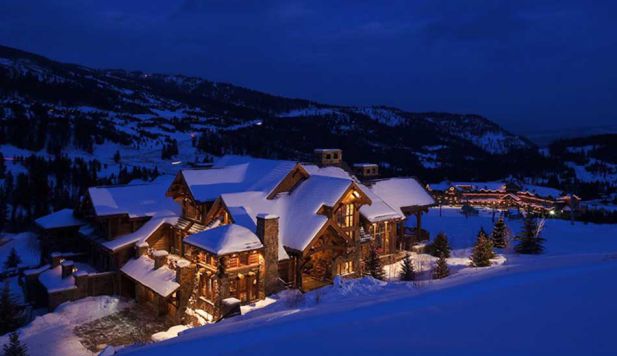 Having the most beautiful view, this mansion have a private ski and golf community for the mega-rich, the house has heated floors, multiple pools, a gym, a wine cellar, and even it has its own ski lift. Moreover, it is the largest property on Yellowstone Club. Real estate developer and timber baron, Tim Blixseth, is the co-founder of Yellowstone Club and owns this house with Edra Blixseth. Being so expensvie, it grabbed the 8th spot on this list of top 10 most expensive houses in the world. The 27-bedroom castle, came to fame when it was used in the movie “The Godfather”. Also, it was hosted by John and Jackie Kennedy, Clark Gable, Winston Churchill, and other famous figures. The castle was built by the country’s first newspaper magnate. Also, it is now a heritage and tourist site of the California Park System. Having a man-made lake, a koi pond, a bathhouse and also a tea house, this mansion is owned by Larry Ellison, who is the co-founder of Oracle and was the third richest man in 2013 as voted by none other than Forbes. A house as luxurious as this one should be on a list of most expensive houses in the world. This residential mansion has 12 bedrooms, Turkish baths, an indoor pool, and parking for 20 cars. It is owned by the steel baron Lakshmi Mittal, the head of the largest manufacturer Arcelor Mittal, and is one of Forbes 100 Richest Indians. Also, it is located near the house of Prince William and Kate Middleton. This 29-bedroom home sits on an area of 63 acres and has its own power plant. In addition to that, it has 39 bathrooms, a basketball court, bowling alley, squash courts, tennis courts, three swimming pools, and a 91-foot long dining room. It is owned by the Ira Rennert who owns the Renco Group, a holding company with investments in auto manufacturing and smelting. This mansion(or rather, you can call it a Fort), includes a commercial sized greenhouse, a swimming pool and pool house, an outdoor kitchen, helipad. You will be amazed to know that its “Guest house is larger than the mansions of most millionaires,” according to Variety. It is owned by Lily Safra, a Brazilian philanthropist and widow of Lebanese banker William Safra. This 27-story, 400,000-square-foot building has six underground parking floors, three helicopter pads, and requires a 600-person staff just to maintain it. Many of Ambani’s associates have described the house to be the “Taj Mahal of the 21st century”. Moreover, Mukesh Ambani, the owner of this complex has been quoted India’s Richest Man by several Magazines. Also, it is believed to hold the top position when it comes to the most expensive houses in the world(Residential Only).

Also, check out: Ever Wonder What’s Inside the Most Expensive Home in the World- Mukesh Ambani’s Antilia The Queen’s residence was valued at roughly $1.5 billion by the Nationwide Building Society in 2012. In addition, the property holds a massive structure having 775 rooms, including 19 staterooms, 52 bedrooms, 188 staff rooms, 92 offices, and 78 bathrooms. Actually, technically it is not a house but it not certainly for sale. It is officialy at the top of most expensive houses in the world.

Also, let us know what do you think of this list of most expensive houses in the world and suggest us which another list you wanna hear from us next?