Our world is blessed with so many beautiful birds that are so hard to ignore because of their sharp and striking features. Infact every region has its own set of birds that can’t be found in the rest of the world. Birds are the only species in the world that are so full of colours and different shades. Some of these birds have long beaks, colourful feathers and webbed feet that make them look different from other birds.

Although it’s very difficult to choose the top 10 most beautiful birds in the world because there are thousands of species of birds but we have tried our best to pick the top 10 from them depending upon their beauty, appearance and features. Let’s have a look at these beautiful species of birds. 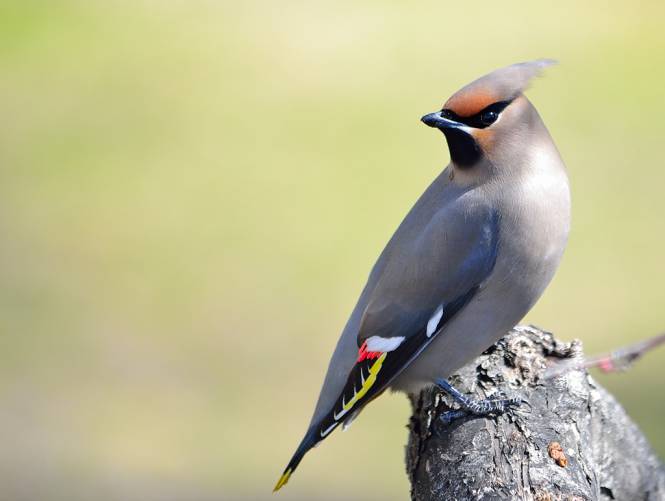 Bohemian waxwing is a species of birds that are usually found in the northern forests of Eurasia and North America. It mainly has buff-grey plumage and black face markings. The most distinguish feature of this species is its pointed crest and its feather tips that are red waxy in appearance. There are more than three million Bohemian waxwing birds in the world but their population seems to be declining over the years. 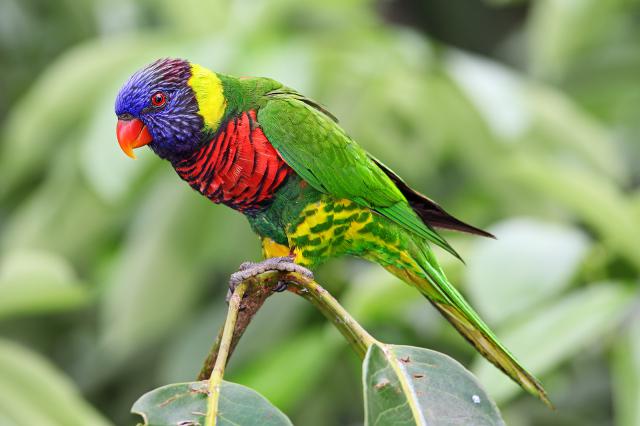 Rainbow Lorikeet is a parrot species that is mainly found in Australia. It’s one of the most colourful and beautiful bird species in the world. As the name suggests, its body is full of colours just like a rainbow with a deep blue head and multicoloured wings, back and tail. Its wing-bars are deep orange and the back of the neck is usually yellow with a narrow red border.

Its wing-bars are deep orange is a colourful member of the toucan family that are mainly found from Southern Mexico to Venezuela and Colombia. They are usually found in groups of six to twelve individuals. It has rare blue feet and red feathers at the tip of its tails. The bill is usually green with orange sides and red tip. It looks like a beautiful painting and they are undoubtedly one of the most beautiful birds in the world. 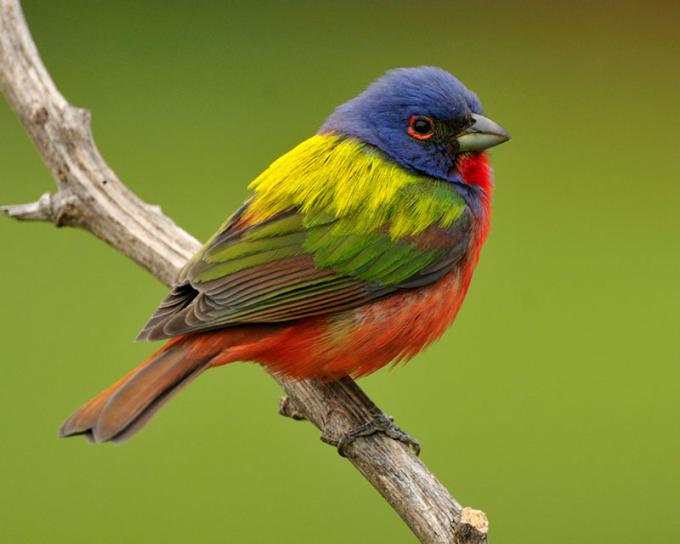 The painted bunting is a bird species that is usually found in the North America. It is quite colourful in appearance with dark blue head, green back and red rump. They engage in visual displays including flying bouncingly like a butterfly. Their population is continuously on the decline mainly because of the development in progress and forests being cut in their natural habitat area. One of the most beautiful birds found in India and Sri Lanka, Peacocks have very pleasant looks. Their most notable feature is their tail which is known as a train and it consists of tail quill feathers and highly elongated upper tail coverts. Their feathers are marked with eyespots which are best visible when a peacock fans his tail and that is one of the most attractive things that a bird can do. 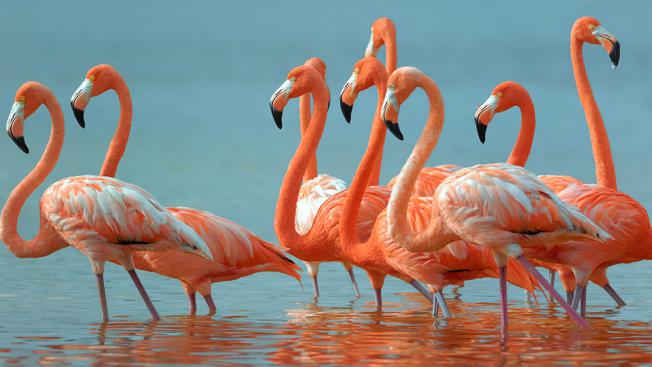 Flamingo might be one of the most famous birds on this list, mainly because of their appearance in cartoons. They are usually found in many parts of world mainly near the water bodies of American, Africa and India. Flamingos can be easily identified because of their long-legged Ciconiiformes and their S-shaped neck. They are usually found in white, pink, reddish or pale colour. 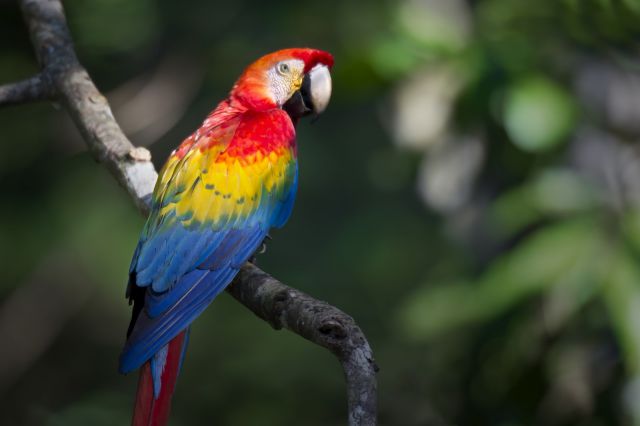 Another parrot species that took the fourth spot on this list of top 10 beautiful birds in the world is Scarlet Macaw. They are large red,, yellow and blue parrots usually found in forests of tropical South America. They are identified by their bare white skin around the eye that extends to their bill. Being one of the most vibrant coloured bird, they look stunning and breathtaking. 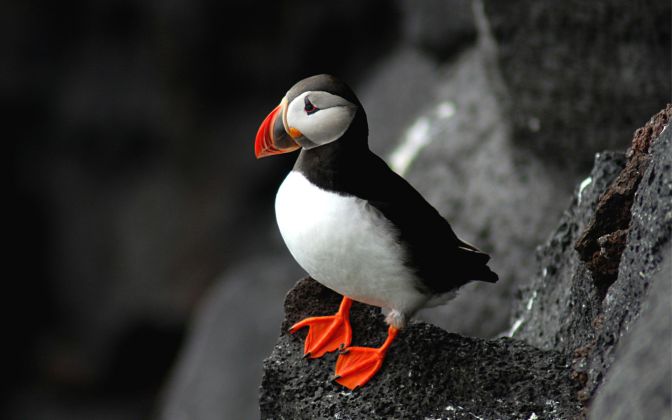 If not one of the beautiful birds, then Atlantic Puffin is definitely one of the cutest birds on this planet. It is native to the Atlantic ocean and has a black crown with pale grey cheek patches and orange legs. Their large colourful bill and their stunning appearance has given them the nicknames like “Clown of the Sea” and “Sea Parrot“. Atlantic Puffin are so adorable that many islands are named after them. 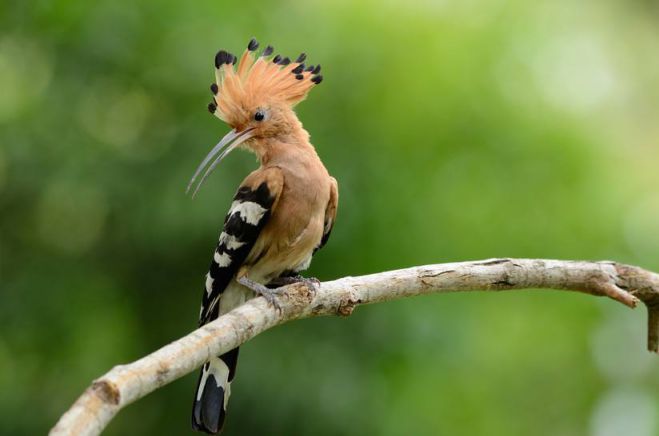 The Hoopoe is a bird species which is found in all the three major continents – Europe, Asia and Africa. It can be easily identified with their distinctive crown of feathers. The Hoopoe as broad and rounded wings and a long, thin tapering bill. They usually give a glimpse of a woodhoopoes when seen at first but their unique and distinctive crown makes them one of the most beautiful birds on this planet. It’s time to meet the most beautiful birds in the world and they are Golden Pheasant. A bird species that is mainly found in the mountain areas of western China but few of them can be seen in other parts of the world. They have a golden-yellow crest and face area is rusty tan in colour. Their most distinctive feature is their plumage, black spotted with cinnamon. Their legs and feet are like normal birds i.e dull yellow in colour.

Related: 10 Rare Animals On Earth That Are On A Verge Of Extinction.

Do let us know which one of these beautiful birds you liked the most? Also, if you know about any other beautiful species of birds, let us know in the comments section below.