Animals might be pets or wild but we gotta admit that they are one of the beautiful creations of God. Animals come in all shapes, size and colours and some of the beautiful animals have so stunning features that you would fall in love with them. From Zebra to Lion, every animal has its own unique features that depend on their breed and the region where they are found. One animal can have multiple breeds and they all can have different colour and features.

Today, we present you a list of top 10 most beautiful animals in the world. These animals have been chosen depending upon their appearance, looks and their features. Let’s have a look at these beautiful animals and appreciate these stunning beings. For more interesting facts about animals, be sure to check out FactRetreiver. 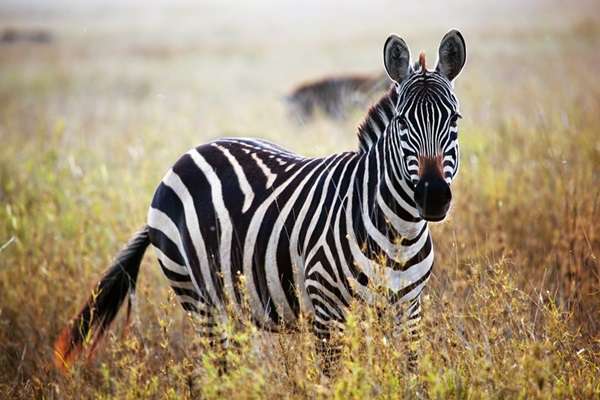 Zebras are the descendants of African horse family that can be easily identified by their unique black and white striped coats. Their stripes are so beautiful and well-distributed all over their bodies. Zebras can be found in southern and eastern Africa. There are three species of zebras: the plains zebra, the Grévy’s zebra and the mountain zebra and all of them look equally beautiful. 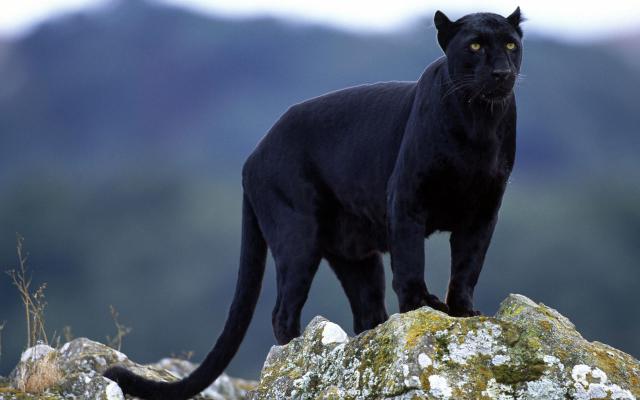 Among the several species of Panther, the black panther is one of the most dangerous yet beautiful Panther species. Their black pigmentation on their body causes them to look like a mystical creature. One more striking feature is their silver-grey eyes that look like out of the world things. Panthers are usually found in the rainforest on the slopes of African mountains and Malaya. There are also sighting of this beautiful creature in the densely forested areas of southern China, Myanmar, Assam and Nepal. 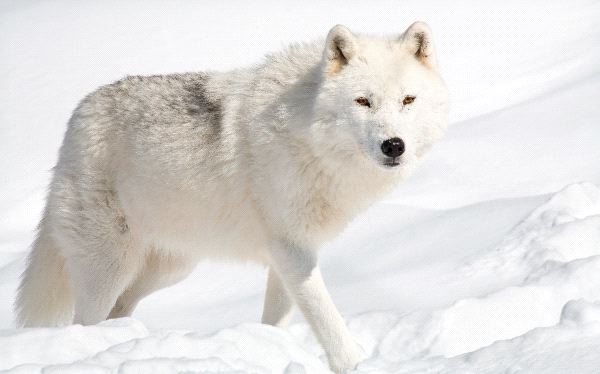 The Arctic Wold is a species of normal grey wolf native to the Canadian Arctic Archipelago and from Melville Island to Ellesmere Island. They can be distinguished from normal wolves by its smaller size, its white colour and larger carnassials. One fact to worry about these beautiful animals is that their population is on a decline and there are few hundreds of Artic Wolves that are left on this planet. 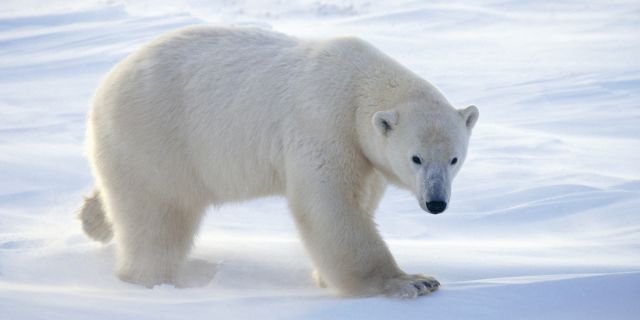 One of the most famous wild animals on this planet, Polar bear are native to the Arctic Circle. It is quite large in size (300-750Kg) and is equipped with a white coat which usually yellows with age. Compared to the sister species of the brown bear, polar bear looks pleasant because of their white colour and have adapted many body characteristics favourable for cold temperatures. 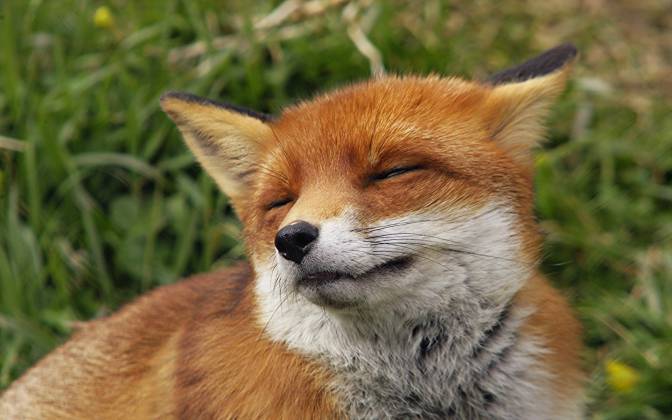 The red fox is largest of the true foxes and is present across the entire Northern Hemisphere from the Arctic Circle to North Africa, America and Eurasia. Because of their large population, the red fox has become the biggest victim of the fur trade. They usually have an elongated body along with relatively short limbs that differentiate them from their sister species. 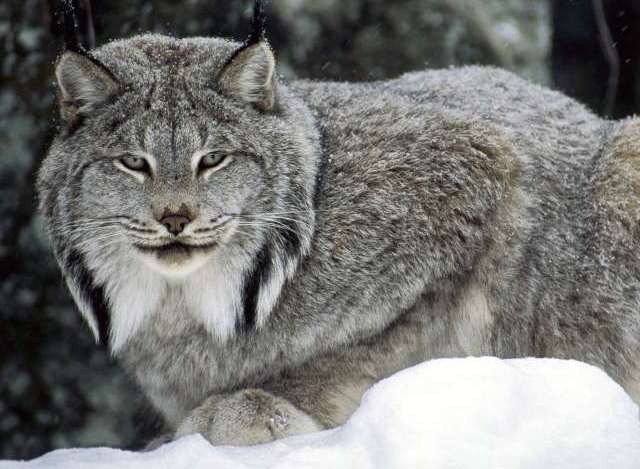 Cats have always been one of the most beautiful animals on the planet. A lynx is a medium-sized wild cat that comes in four different species: Eurasian Lynx, Canada Lynx, Iberian Lynx and Bobcat. All species have white fur on their chests, bellies expanding further on the insides of their legs. Lynx has a short tail, padded paws and long whiskers on the face. They are native to the Europe and Africa. One of the most fascinating and beautiful animals, Red Panda is a mammal found in the eastern Himalayas and southwestern China. They usually possess reddish-brown fur and a long, shaggy tail. Their population has been estimated less than 10,000 full-grown individuals and they have been listed as one of the endangered species. 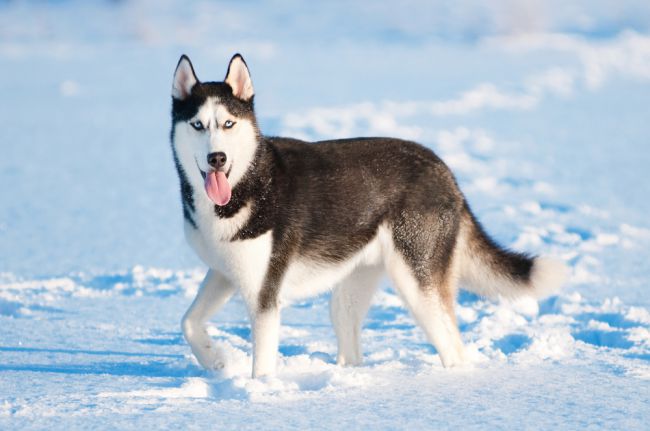 You may have seen Siberian Husky in many Hollywood movies. They are easily recognisable by its thickly furred double coat. Siberian Husky is one of the most active and energetic animals in the world. Their red white eyes are the most striking feature of this animal. Siberian Husky tails are heavily furred and can weigh up to 30kg. They are commonly seen in Nome and Alaska. 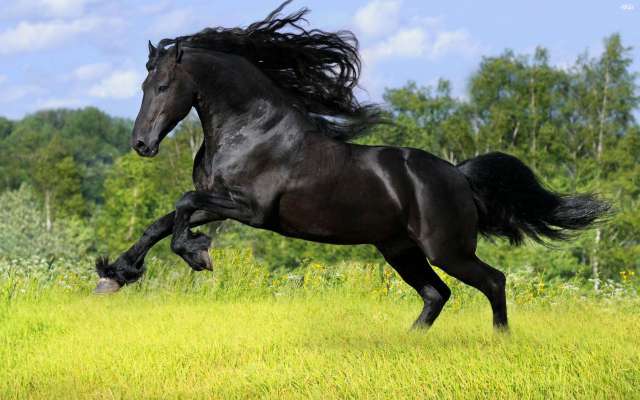 A stallion is a male horse that has not been gelded. Their colour and size can vary widely on the basis of their equids and the region in which they are found. They have always been one of the close companions of human beings and are still used for racing, horse shows and animal competitions. Stallion is said to be one of the most gorgeous and beautiful animals of all time.

One of the most beautiful animals of all time, White Tiger is a white pigmented variant of the Bengal tiger native to Indian states of Assam, West Bengal and especially in the Sunderbans regions. Just like the normal tiger, the white tiger also has black stripes and the only difference is that it carries a white or pale white coat.

Don’t miss: Top 10 Most Beautiful Birds In The World That Look So Stunning.

Also, let us know which one of these beautiful animals is your favourite one? Do share this post if these animals amazed and fascinated you.