Historical Monuments and Places in India: First on our list is the pinnacle of Mughal architecture, Taj Mahal, built by the Mughal Emperor Shah Jahan in loving memory of his wife Arjumand Bano Begum, commonly known as Mumtaz Mahal. It took 22 years(1632-53) to build this tomb. It is also one of the Seven Wonders of the world. As per the local legend, Shah Jahan ordered to cut off the hands of the workers who built the magnificent structure, so that a similar monument could never be built. Mysore palace is the most famous monument in the city of Mysore, Karnataka. It is famously known as Maharajah’s Palace and Amba Vilas. Once the royal abode of the local rulers, Mysore Palace is now open to general public as a Museum offering Royal things on display. The palace usually tops the list when it comes to the most famous historical monuments and places in India. 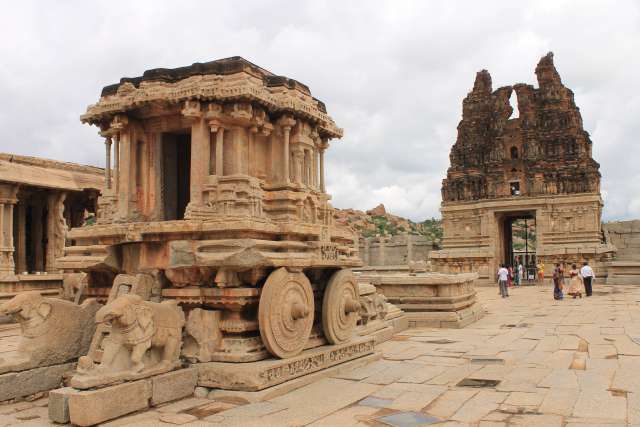 It is believed that Lord Rama and his brother Laxman visited Hampi in search of Sita. Virupaksha Temple part of the Group of Monuments at Hampi. The temple is dedicated to Lord Shiva who is also known as Virupaksha. The temple attracts huge followers from all over the World and is designated a UNESCO World Heritage Site. 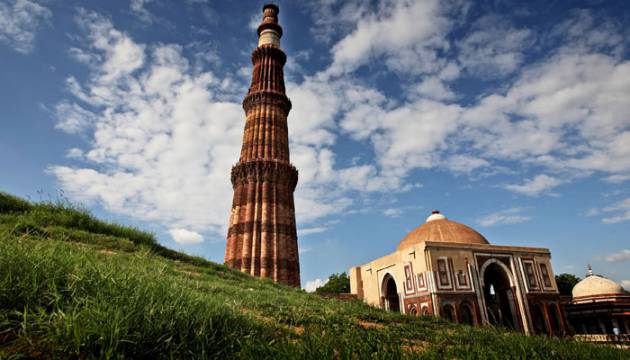 Qutb Minar at 73 metres, is the tallest brick minaret in the world and second highest minar in India. The historical monument is surrounded by several other significant monuments which are connected to the tower. It is one of the oldest among other historical monuments and places in India as it was commissioned by Qutb al-Din Aibak, the founder of the Delhi Sultanate in 1192 AD. Hawa Mahal or Palace of Winds stands upright as the entrance to the City Palace, Jaipur. It looks like a honeycomb of the beehive with 953 windows. The historical monument was built by Maharaja Sawai Pratap Singh in 1799. It was designed to look like a crown of the Hindu God, Krishna. The palace looks magnificent when viewed in the early morning when golden sun rays fall upon it. 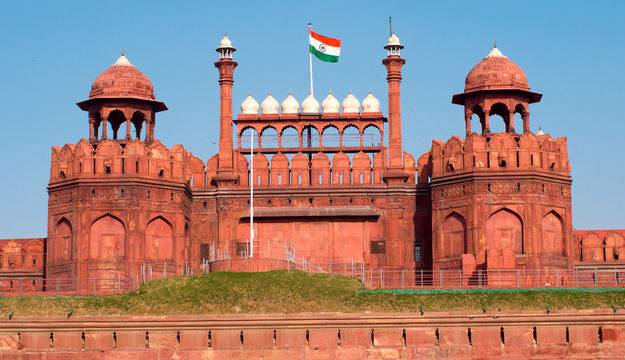 The Red Fort was built as the palace fort of Shahjahanabad – the new capital of the fifth Mughal Emperor, Shah Jahan. It is one of the most famous historical monuments and places in India. The fort took 10 years to build, from 1638 to 1648. Moreover, the Prime Minister of India hoists the Indian National Flag at the main gate of the fort and delivers a speech to the nation from there on Independence Day. 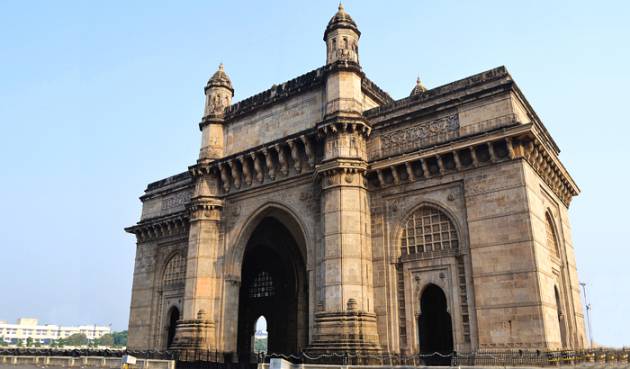 The Gateway of India is a glorious and beautiful monument built during British rule in the 20th century. The Gateway of India is one of the finest examples of colonial architectural heritage in India. It is an iconic entry point to the city of dreams, Mumbai. This magnificent gateway was completed in 1924 and was inaugurated by The Viceroy, the Earl of Reading. 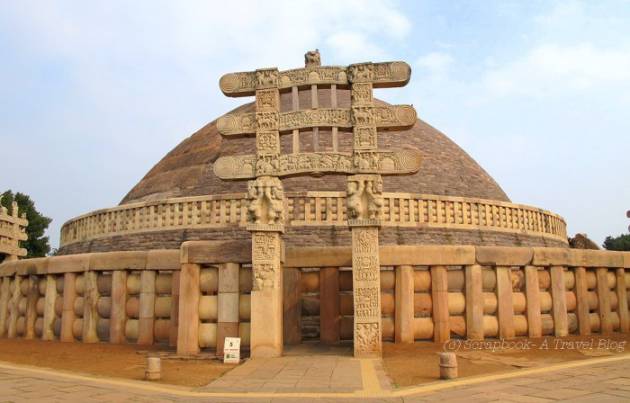 Sanchi Stupa is situated in a small town of the same name(Sanchi) in Madhya Pradesh. It is one of the oldest stone monuments in India and was commissioned by emperor Ashoka. The major attractions include a number of Buddhist Stupas, monasteries and pillars. Also, the monuments have been listed among the UNESCO World Heritage Sites since 1989. The Ajanta and Ellora Caves near Aurangabad is the place where art meets religion. It depicts the true craftsmanship skills of artists where all the rock carving was done by hand. These 29 caves are full of sculptures and paintings that display various Buddha and Jataka tales. There are 17 Hindu Caves, 12 Buddhist Caves and 5 Jain Caves which are believed to be used for praying and studying. 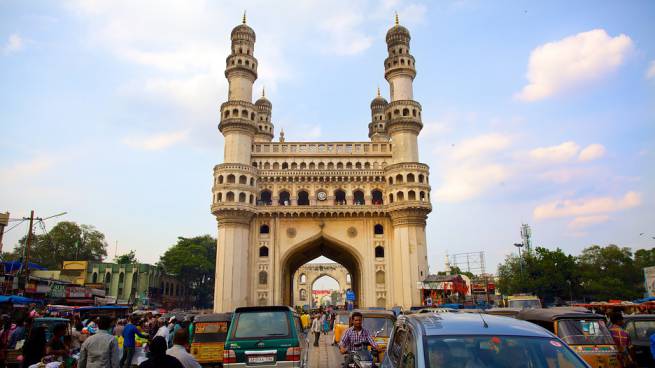 The last one on our list of top 10 historical monuments and places in India is Charminar which is located on the east bank of Musi river in Hyderabad, Telangana. The monument standing at the heart of the city has become a global icon of Hyderabad. It was built-in 1592 by Sultan Mohammed Quli Qutub Shah to appease the force of evil savaging his new city with epidemic and plague.

Don’t miss: Top 10 Religious Places In India That You Must Visit For Inner Peace.