Everyone knows Narayana Murthy as the one who made Infosys what it is today. In addition to his management and strategic implementations, it was the values that he stood for that helped him and his company reach where they are today. Lets read the story of Narayana Murthy.

Story of Narayana Murthy – A Self Made Billionaire: 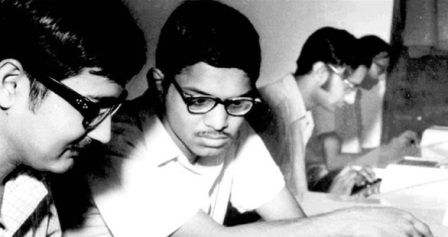 Nagavara Ramarao Narayana Murthy was born on 20th august, 1946 in the Kolar District of Karnataka, India. 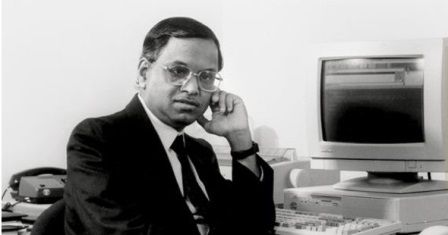 He studied electrical engineering at the National Institute of Engineering, Mysore and in 1969 completed his M. Tech at the Indian Institute of Technology, Kanpur. Immediately after that, he left for London, where he worked a company called SESA. He worked there for 3 years and excelled in designing a software for managing to air-freight at the Charles de Gaulle terminal, Paris. He decided to return to India to start his own company. 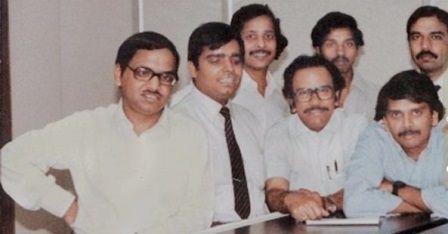 He started his career in IIM Ahmedabad where he joined as the chief systems. In 1976, Murthy started an IT software consulting firm called Softronics in Pune. He described it as one of his earliest learning experiences. The company failed and he left it to join Patni Computer Systems, Pune. Here he met his future wife who would incidentally provide the initial investment for starting Infosys. It’s just the start of story of Narayana Murthy. 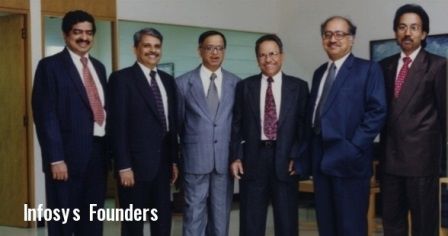 In 1981, a new chapter began in his life when he along with 6 other software professionals started a company called Infosys. Very few may have realized the growth this company was going to experience. In the beginning Infosys progressed well, but couldn’t cross its yearly gross of 50 crores.But, now Infosys started growing at a steady rate each year with Murthy firmly on its head. 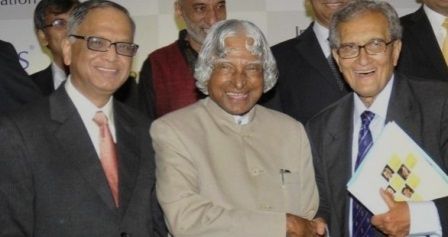 His leadership skills made a lot of difference in bringing growth to his company and also bringing the new IT wave into India. He is aptly addressed as the father of the Indian IT sector because of his immense individual contributions in pioneering outsourcing to India in the IT sector. This has helped the Indian economy immensely and gained him respect and laurels from both Indian citizens as well as worldwide audience. 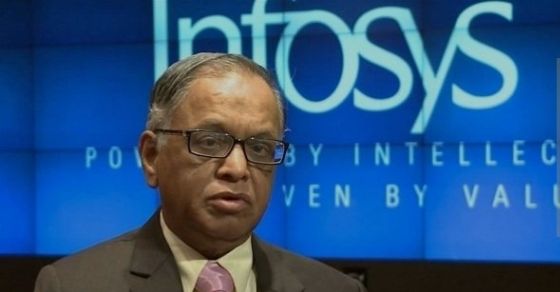 From 1981 to 2002, he served as CEO of the company. At Infosys, he was involved in designing and implementing the Global Delivery Model for outsourcing IT services from India. This thing was widely appreciated and put into use by most of the companies operating from India. 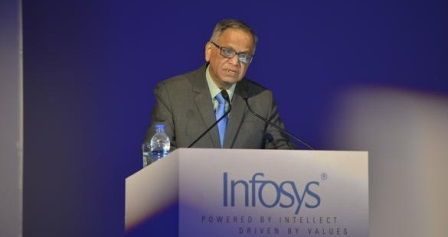 From being a leader with a clear vision who has taken a small enterprise to make it a establish a strong hold on the international market, today Infosys has 3 billion dollars in revenue, 70,000 employees and over 500 customers. Also, he served as chairman from 2002 to 2011. After taking Infosys to such heights, at last he retired in 2011. But Infosys couldn’t be without its spearhead for long. 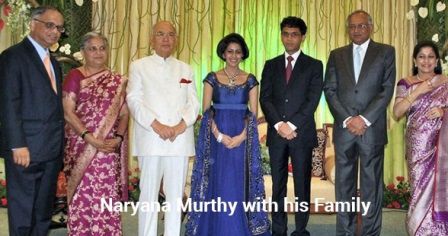 Narayana Murthy married Sudha Murthy , a fellow Electrical Engineer who had topped her class in both B Tech and M E and received gold medals from the state of Karnataka and Indian Institute of Engineers. She is now a Social worker and an author. They have two children, Rohan and Akshata Murthy. 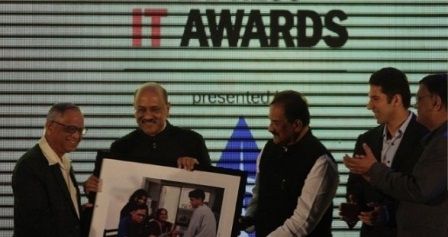 Furthermore, in 2013 he was appointed as Executive Chairman and additional Director for a period of 5 years. In addition, he’s named among the top 5 entrepreneurs in India. Finally, he was awarded the Padma Bhusan and the Padma Shri and numerous other awards for his achievements. In spite of his achievements he is down to earth and always at the service of the people and the nation.

Let us know if you are feeling inspired by story of Narayana Murthy. Make sure to share this post with your loved ones so that they can get inspired too.