It has been a while since the pictures of a shepherd girl being circulated over the Internet. Now, it’s time to introduce that girl to the world. The shepherd girl in the picture is Najat Belkacem and she is originally from a village named Nador, situated in the countryside of Morocco.

If you are looking for some inspiration is your life, then you need to read the inspiring story of Najat Belkacem who fought all the odds to become the first French woman to be appointed Minister of Education, Higher Education, and Research. Going back in the time when she was just 4 years, she tended goats and fetched water from the well. Her father was working as a construction worker in France and so he asked the family to move to France with him. So, the whole family moved to the suburbs of Amiens in 1982.

Now, the real struggle started for the Moroccan girl who had no proficiency in French. But being a true hero, she never gave up, worked hard and ultimately learned the native language by the end of the first year of her college. She told The Guardian, “The fact of leaving one’s country, one’s family, one’s root can be painful, my father had already found his place, but for us, for my mother, it was very difficult to get our bearing.” She studied hard and graduated from the Paris Institute of Political Studies in 2002. Later on, Najat Belkacem joined the Socialist party and later ran for elections and won the seat of the Councillor. But, it was just the beginning for this girl. 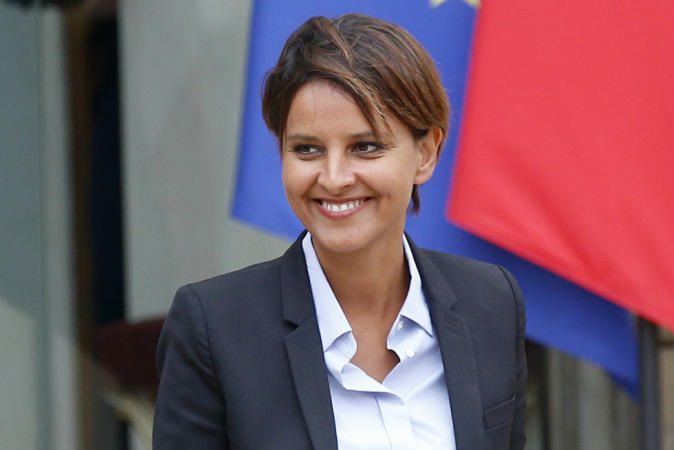 Also, read : Jim Carrey’s Depression: His Story And How He Overcame Sadness.

Najat Belkacem became well recognised in politics by then. In 2012, she was appointed as Minister of Women’s Rights and spokeswoman for the government. In 2014, there was a major reshuffle in the cabinet and all thanks to her hard work, she was promoted and made the Minister of Education. She is now 38 and a mother of twins. Cheers to the success of Najat Belkacem!

Also, let us know if you find the story of Najat Belkacem to be inspirational and make sure to share this post with your loved ones so that they can get motivated too.