For all of those who don’t know Frederick Smith, he is the founder, chairman, president and CEO of FedEx. The company was known as Federal Express at first but later changed the name to FedEx. Smith is the son of James Frederick Smith, founder of the Toddle House a restaurant chain and the Smith Motor Coach Company. His father died when he was just 4 years old and the boy was raised by his mother and uncles. 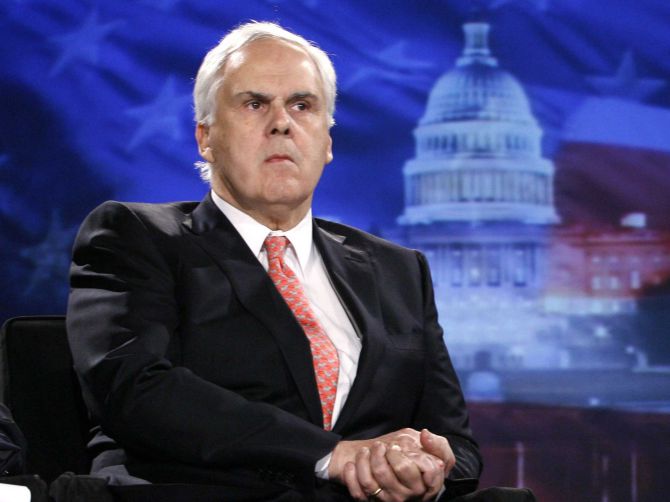 In 1971, Frederick Smith founded Federal Express. While FedEx started out with eight planes, covering only 35 cities. But in the first two years, the company was in debt of millions of dollars and was near the edge of Bankruptcy. Furthermore, despite the vital pitch of Smith to the General Dynamics for funding was rejected. The matter became worse as the company had only $5000 left in their account. And Smith realized that they don’t have enough money to fuel the plane. In addition, the company had many dues to settle, from pilots using their personal credit cards to fuel planes to their salaries. Everything was going in the wrong direction for Frederik Smith. Then he did something unimaginable. Without any second thoughts, Smith impulsively flew to Las Vegas. In Las Vegas, he played blackjack with the left over company funds. And guess what, when he came back next week he had turned those $5000 to $27000. To the relief, the money was enough for the company to carry on operations for few more weeks. Finally, he used this turning point as motivation and raised another $11 million dollars in funding. Later, in 1976, the company became profitable with a figure of $3.6 million. A few years later, the company went public and has been growing since then. As they say “No Guts, No Glory – No Legend, No Story”.

Also, check out: Nick Vujicic: A Man Without Limbs Who Will Teach You To Never Give Up

Frederick Smith is also involved in the entertainment business and has co-founded some other companies. Although , it’s not the gambling but the guts of the man who took the company from Bankruptcy to Billion Dollars Value. Many of us would have lost hope at that point of time, but Smith handled the situation like a Champ and the result is here. The net worth of Frederick Smith as of July 2016 is US $3.7Billion. Isn’t it amazing?

If you loved the story, make sure to share it with your friends.