Being fit requires a lot of hard work and determination. Unlike normal people, celebrities have no choice but to work hard and remain fit because as long as they are fit, people will love them and they will appear in movies. But, it seems that some celebrities let themselves go and just like most of us, they don’t try to be in shape any longer. There are some famous celebrities who have drastically gained a lot of weight in the recent years. Believe us when we say you won’t be able to recognise some of them.

There was a time when these celebrities were a source of inspiration for all of us(mainly because of their charismatic physique) but these days, they look like common people with curves. It looks like they have already given up. Although we are not judging anyone because even we can’t maintain our physique but it’s their job to be fit. Let’s have a look at the celebrities who have drastically gained weight. 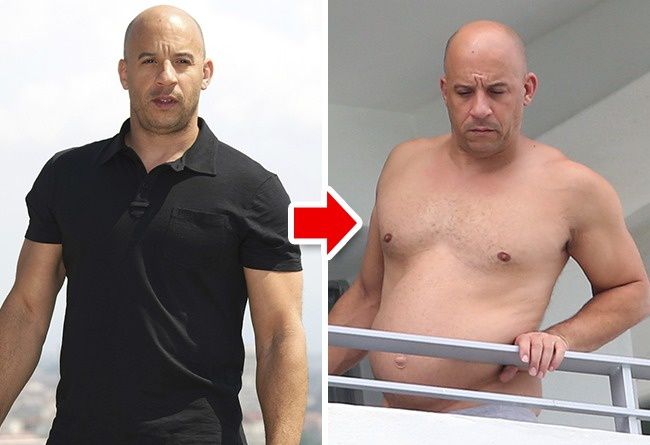 Vin Diesel is widely known as a top-notch Action Actor and going by the title, he should be fit. Although he was very fit throughout his career but recently, he has gained a lot of weight that can be seen in the picture above. His steel abs which gave fitness goals to thousands out there are gone now. 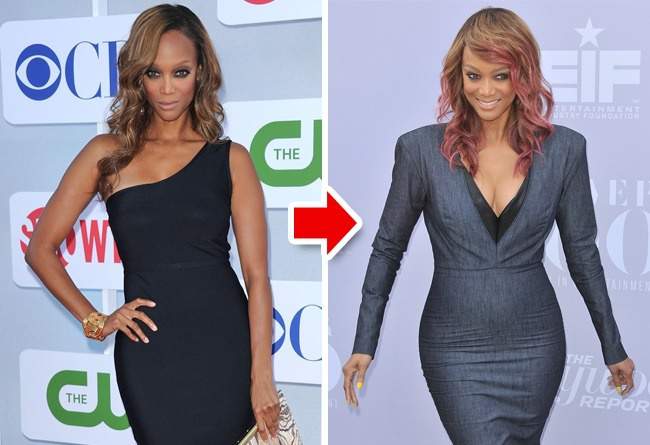 Tyra Banks is famously known as a top-notch American model and the founder of America’s Next Top Model. For a model, a figure is the most important thing to take care of. But, it seems like managing the business, work and family have taken upon the beautiful as she has gained a lot of weight. If there is one celebrity who has drastically gained weight and is feeling happy about it, then it’s definitely going to be Jennifer. After becoming a mother of two, she gained a lot of weight as seen in the picture. She has admitted that she’s happy and has no plans to lose weight anytime soon. 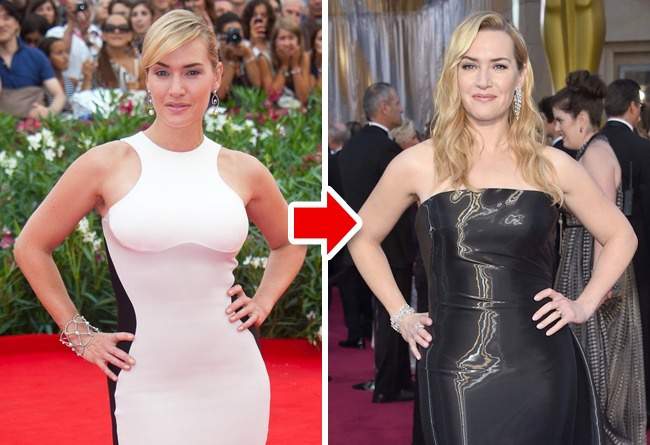 The lady with whom we all fell in love after her blockbuster movie The Titanic. Kate became the queen of everyone’s heart on this planet but it seems like age has taken a toll over the beauty and she has gained a few pounds over the years. She still acts in the movie with the same grace and with that beautiful curvy figure. 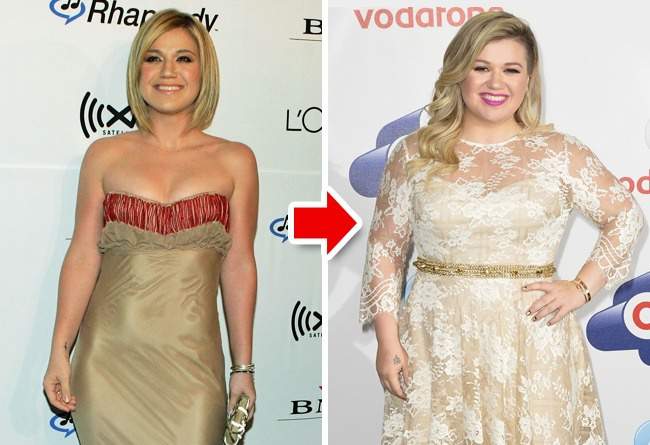 Gaining weight is completely Ok as long as it is in limits. But, in case of Kelly Clarkson, it has crossed the limits. The singer got married and is a mother of two, after which has drastically gained a lot of weight. Anyways, she still performs with confidence despite all the criticism. Although Kelly has been on the plump side from the beginning, but in 2013, she shocked the entire industry as she lost over 40lbs. But, sadly it didn’t last long as she drastically gained weight. She finally let herself go and is now happy with her curvy figure. 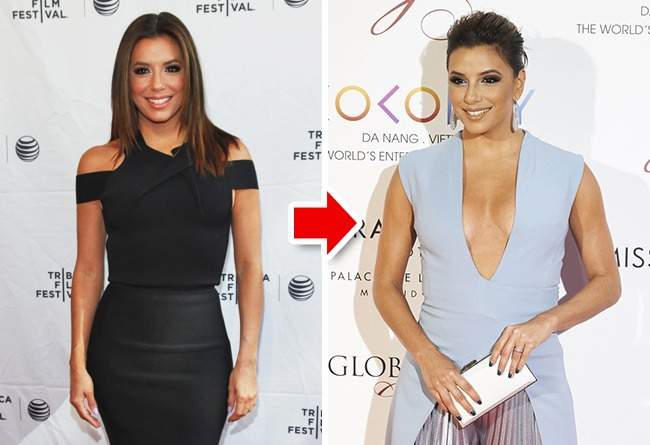 Eva Longoria is happily living with her husband as her body doesn’t seem to bother her. After two failed marriages, she found the love of her life and in the process, she forgets everything about her figure. Well, we think finding the love of life is more important than anything else. 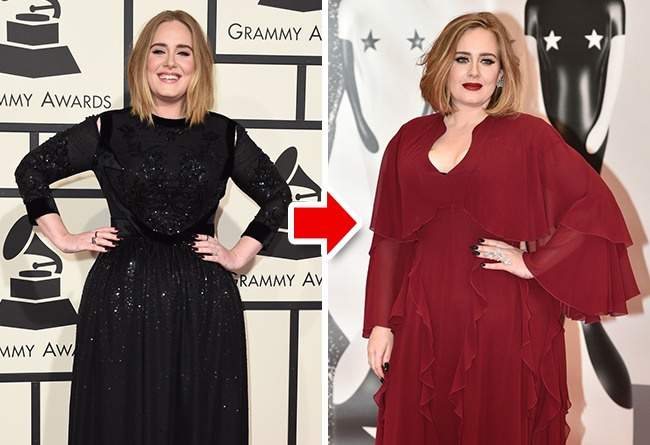 The famous British singer has always been criticised for her overweight. She’s always on the radar of critics for her lifestyle. Many believe that Adele is no less beautiful than a model but her body is the main culprit for missed opportunities. 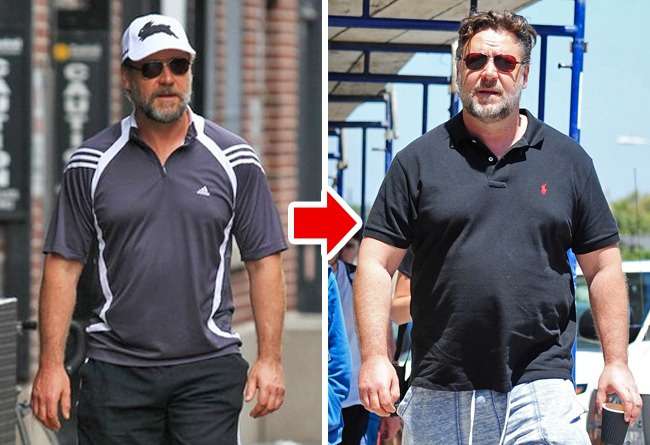 Russell Crowe, the man who gave fitness goals to everyone with his ripped physique in the movie Gladiator, doesn’t seem to be bothered about his weight. Her gained over 50 lbs for a role in the movie but looks like he forgot to come back into his original shape. As of now, Crowe his happy with those extra pounds. 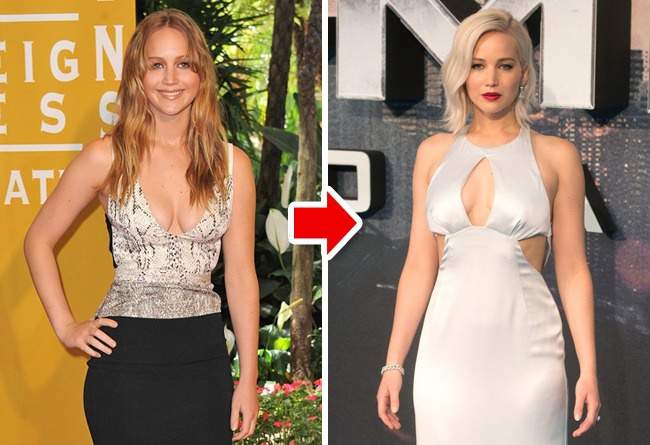 One of the highest paid actresses, Jennifer Lawrence is known for her bad-ass attitude and she seems to enjoy her curvy figure. Although when she entered the industry, she was much thinner and fit, but who cares as long as you enjoy being yourself.

Similar: 10 People Whose Weight Loss Journey Will Inspire You To Hit The Gym.

Do let us know if you know any other celebrities who have drastically gained weight? Also, leave us a comment if any of these celebrities inspired you to remain fit.